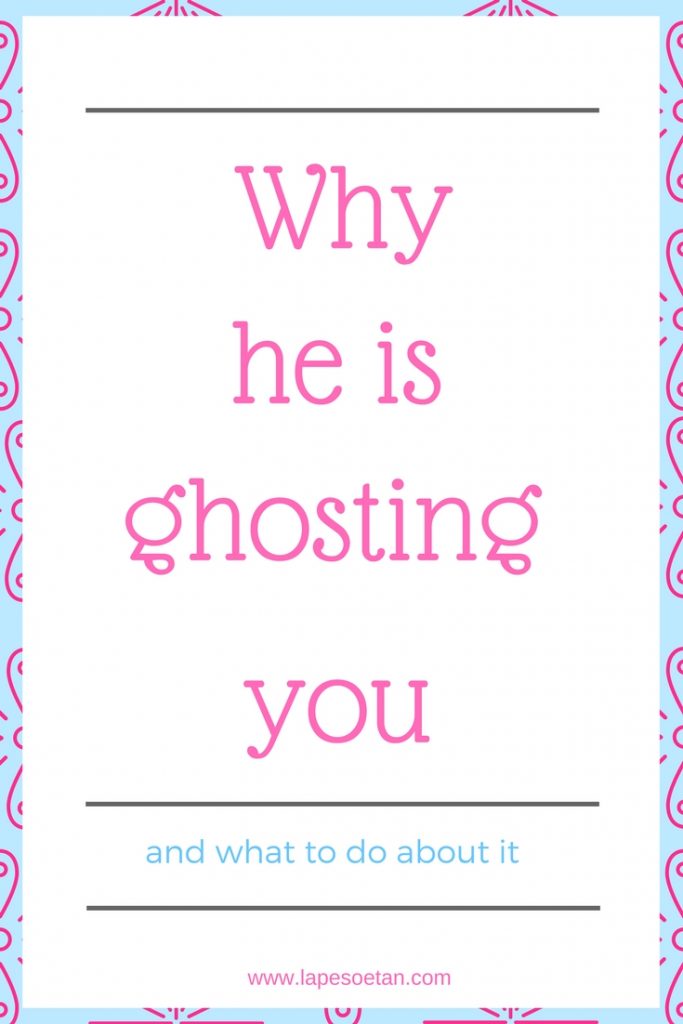 First of all, what is ghosting?  Ghosting is when you’ve been dating a guy or you guys are having something or maybe you guys are even just talking and you can see that it’s leading somewhere when all of a sudden, the guy disappears.  It’s like he has disappeared off the face of the earth and you’re left in confusion.  You’re like “What’s going on?”  That is ghosting.

Either way, it doesn’t really matter why he is ghosting you.  What matters is how you deal with the situation.  So, what can you do if a guy starts ghosting you?  Or if he has ghosted you?  Really, there’s only one way to deal with that situation and that is to ignore him.

Pretend that you can’t see that he has been updating his Instagram.  Act as if you don’t know he watches all your Snapchat videos.  Just ignore him.  The thing is, if you start trying to contact him, messaging him, calling him and doing things like that, he’ll disappear even more.  He’ll stay further away than you can ever imagine.  But if you ignore him, he is more likely to come back into your life.  I know it sounds crazy but it’s true.

So, if you ignore him and he comes back into your life, then what you should do is tell him to get lost because he has clearly shown he has no respect for your feelings.  However, I know that this is the real world and it’s very difficult for some women to tell a guy to get lost if they really fancy him.  So what I’ll do is I’ll leave that decision up to you.  Do what makes you feel comfortable but remember to value yourself and to respect yourself.

I help single women over the age of 30 attract the right relationship for them and I have some free e-books to give you.  If you want them, just click here.

I hope you enjoyed this post.  If you did, please share it with your friends and also subscribe to my YouTube channel so that you can get more tips on how to attract the right relationship for you.  I wish you love and strength.