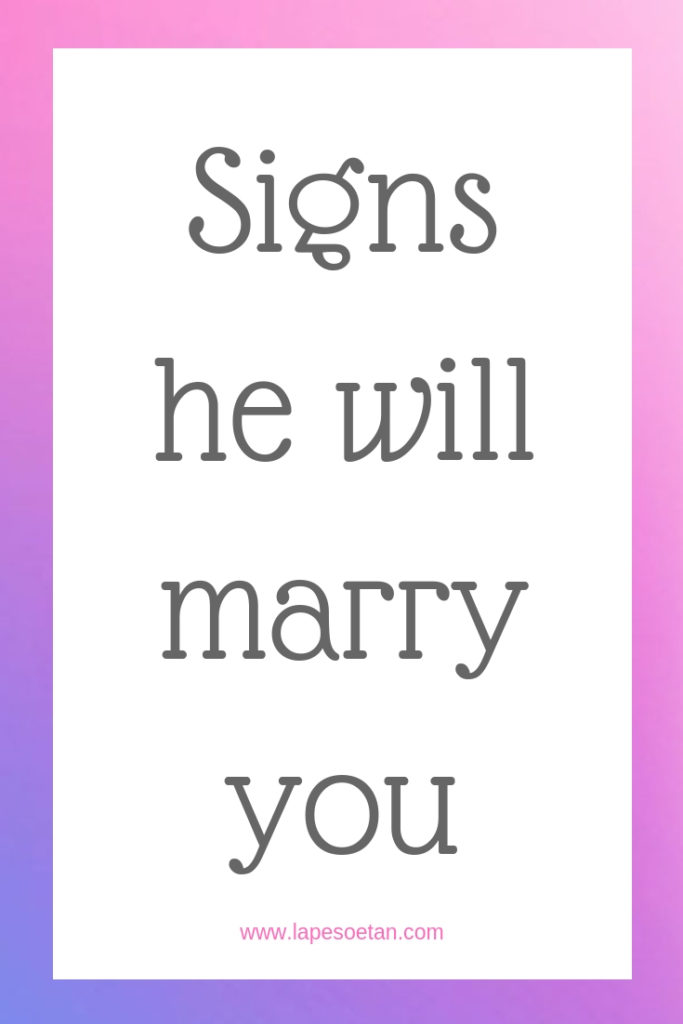 They are tired of waiting and playing games.  They want to know the answer straight up.  It is for those women that I am making this video.  In today’s video, I’m going to be talking about the signs that say a guy will marry you.

For example, he will ask you how many children you want.  Or he will say things like, “When we get married, I want us to live in Abuja.  What do you think about that?”  Those are just a few examples but you get the idea.  That is the second sign that a guy will marry you.

The thing is that men don’t throw the word ‘marry’ up and down.  I mean, they’re a little afraid of it so they don’t just throw it around unless the guy is a con artist or something.  So seriously, if a man wants to marry you, he will say it directly and that is the 3rd and probably the most important sign that a man will marry you.

I hope you found this blog post useful.  If you want more tips like this from me, follow me on Instagram.   If you want to get my free e-books on love, relationships, being single and how to attract the right man for you into your life, click here.