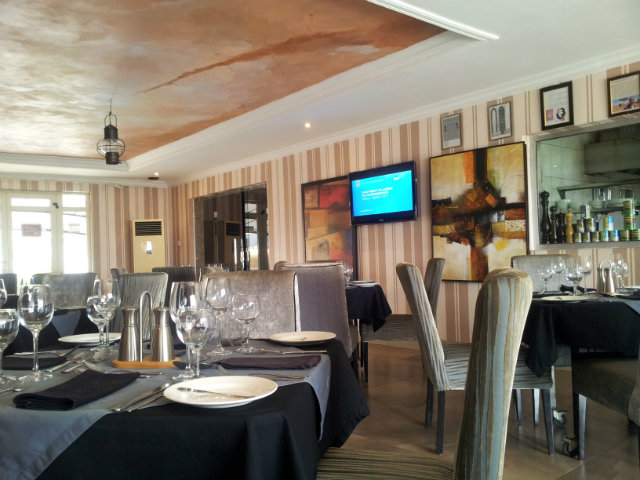 As soon as I walked in, someone introduced himself to me and said he would be my waiter for the day which was cute.  I ordered the Pasta Pancetta and a Mojito.  Apparently, Primi Piatti’s bar does several kinds of Mojitos (which weren’t on the drinks menu) so another waiter came over, reeled out the different Mojitos they had and what was in them and I selected one at which he appeared delighted.  I’m sure he would have been delighted no matter which one I chose but it impressed upon me that the staff were eager to please. 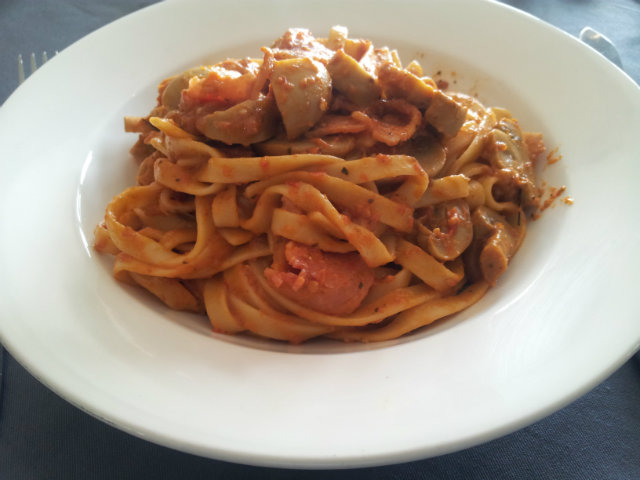 Bread was brought first then my main meal.  I’m a bit of a perfectionist so when I saw on the menu that the Pasta Pancetta was made with bacon or ham, I expected to be asked which I preferred.  I wasn’t asked, forgot to mention it and my pasta arrived with ham when I would have preferred bacon.  In addition, the menu said the pasta would be penne but I was served tagliatelle.

Although Primi Piatti’s website talks a lot about them cooking everything from scratch, I’m not sure about that because the bread I was served was not fresh.  Also, while the inside of the restaurant is nice-looking, the outside was quite the opposite.  The building within which the restaurant is located looked a little run-down and had broken-down generators sitting outside.  I found that although the staff was pleasant and the food fine, Primi Piatti wasn’t one of the best dining experiences I’ve had in Lagos.

Want to know when a new blog post of mine comes up? All you need to do is subscribe.  It’s free!  Just enter your email address into the box on the right.  Want to get in touch with me?  You can do so via Facebook, Twitter, Instagram, GooglePlus or by sending me an email.  I’m on Pinterest and YouTube as well.  Woo-hoo!