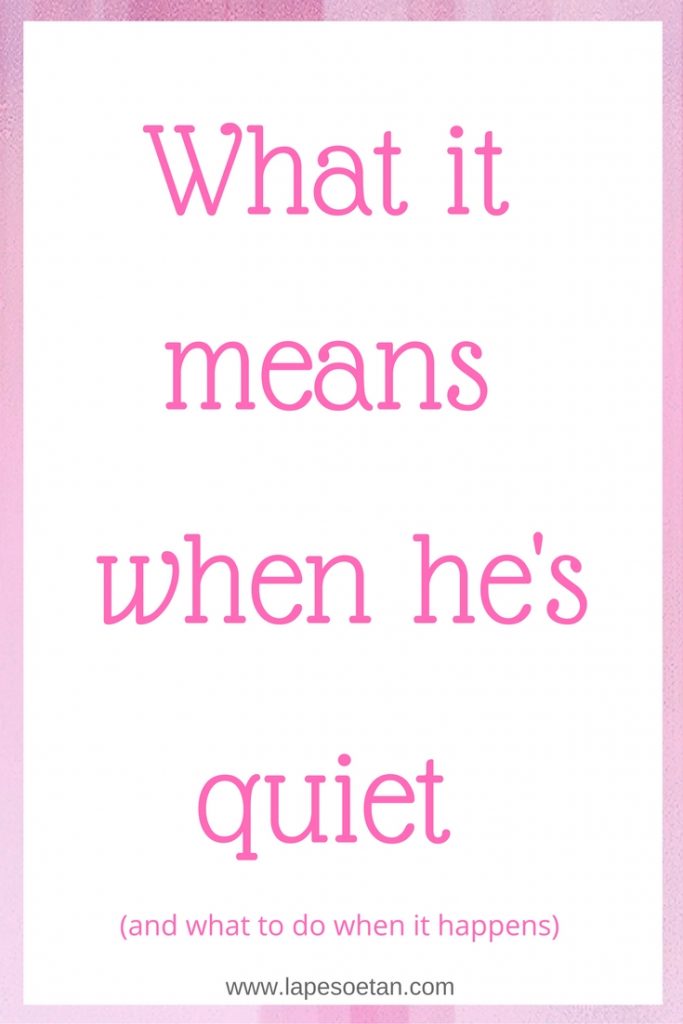 One of the complaints I hear over and over again from women is that they just don’t understand their man.  For example, he goes quiet and when you ask him what’s wrong, he says “Nothing.”  But how can nothing be wrong?  If he’s happy, why is he quiet?  If he loves you, why does he leave you in the sitting room alone and go off into another room?  If the relationship is important to him, why won’t he open his mouth and talk?

It can be frustrating being in a relationship with a man who won’t let you know what’s going on in his head.  If he won’t say what’s on his mind, how can you know if he’s happy or not?  That helplessness that some women feel when it comes to their man’s silence is pretty common.  That’s the first thing you should realise.  You’re not alone in this situation where you’re trying to decipher the meaning of your guy’s behaviour.  Other women are dealing with the same issue.  Let that be the first thing that gives you some relief.

The next thing is to realise that men are very different from women.  Although every individual is unique, we have to admit that in many ways, women are the same and so are men.  While women may find comfort in talking, men don’t.  On the whole, men tend to speak less often that women so if your man is quiet, it doesn’t automatically mean he‘s unhappy or that you’ve done something wrong.

If your guy is quiet and you feel uncomfortable about it, ask him if he is okay.  If he says he is and his body language says he is, please believe that he is.  Don’t keep asking the same thing over and over again.  That’s the way to make sure he ends up NOT being fine even if he was before 😉

If your man is quiet and wants some space, give him that space.  Don’t follow him from room to room because you think he shouldn’t be alone.  If you follow him from room to room and he eventually gets frustrated and goes out, how would you feel?  You would have no idea where he is and then feel even more helpless.  Give him space and if he likes being with you, he will come back to you.

I’m going to put a caveat here though.  When unsure about anything when it concerns your partner, ask.  If your man is quiet and you assume he just wants to be alone, you may be wrong.  He may actually want you to start a conversation and doesn’t want to come out and say so.  Why won’t he just start talking if that’s what he really wants?  Who knows?  Everyone wants a little attention sometimes, don’t they?  Admit it, you do too once in a while. Moral of the story?  If he’s quiet and you’re not sure if he’s happy or not, ask him.  You will not know the answer by guessing.  Take the mystery out of the situation and ask.

There are a lot more ways to deal with your man’s baffling behaviour and in my new online course, Communicate Better With Your Partner In 6 Weeks (CBWYP), I go into detail on how to understand the confusing things your man does.  The 6-week online course also goes deep into giving advice on how to improve communication between you and your partner.  CBWYP is the step-by-step system I have developed that will help you create a loving relationship out of the one you have now.  To get more details about the course, just click here.