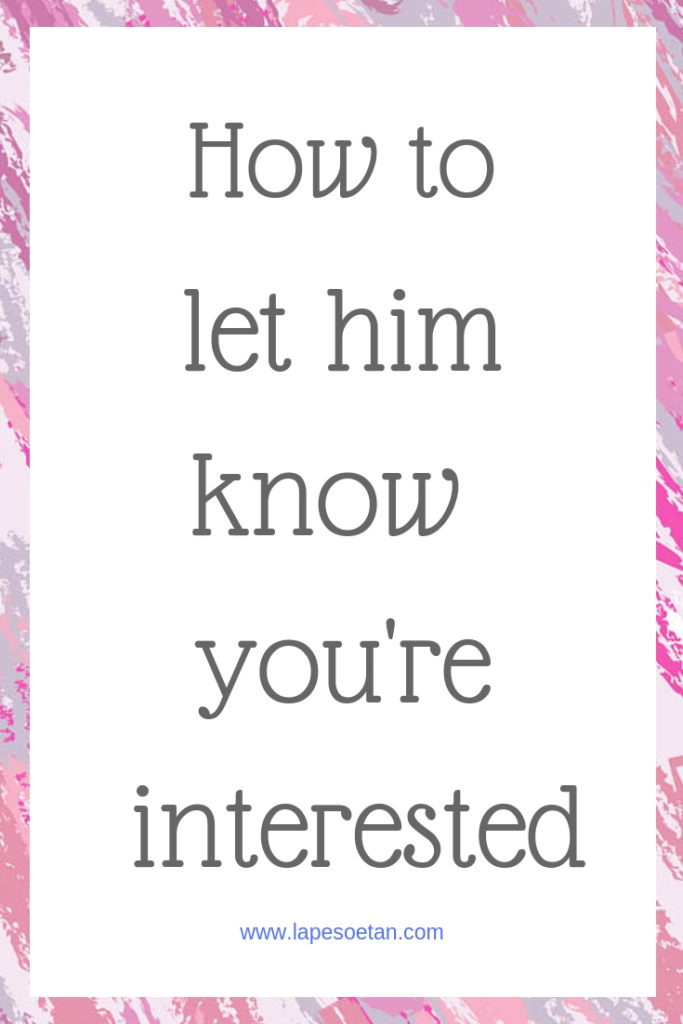 So, to help women who might be a little conservative or a little shy, today I’m going to be talking about how to let a guy know that you’re interested in him.

The 1st thing to do to let a guy know that you’re interested in him is to contact him in some way.  As you know, I’m a relationship coach for single women over the age of 30 so my tips are targeted at single women over 30.  By the time you’re in your 30s, you should have gotten over this thing of having a crush on a guy from afar.  It’s not going to help you now.  Hopefully, you did all that in your teens and in your twenties.  Now, it’s time to move forward.

Now, social media has made this so much easier for us today.  You can send him a DM, you can find a way to get his phone number and call him or text him or you can get a friend to introduce the two of you.  You can try any one of these things or you can try something else I haven’t mentioned here but whatever you do, make sure you do try to contact him in some way.

A note of caution here though:  the first time you contact him is NOT the time when you should tell him that you’ve had this love and passion for him for the past 2 years.  This is not the time for that.  Instead, after contacting him for the first time, use this period to get to know him better and to let him know you better.  Keep things light and fun and he’ll be more interested in you.

He 3rd thing to do when you want to let a guy know that you’re interested in him is to ask him questions about what he does for fun.  Ask him what he plans to do after work.  Ask him what he plans to do at the weekend or on holiday or during a public holiday or on his next vacation.  By the time you ask this question enough times, he is bound to take the hint and ask you to join him on one of these fun things that he does.  If he still doesn’t take the hint, you’re going to have to take your courage in your hands and ask him out!

Or you can say that you have tickets to an event, would he like to go to the event?  Or you could tell him that you were planning to watch a movie this weekend, would he like to come along?  Just make it seem as if YOU were planning to do something and he just popped into your mind and you were wondering if he would like to do that thing as well.  It’s subtle but it also tells him that you’re interested in him.

Don’t pin all your hopes on one guy who has rejected you.  The next person you meet may be the right person for you and may help you realise why relationships with other people in the past didn’t work out.