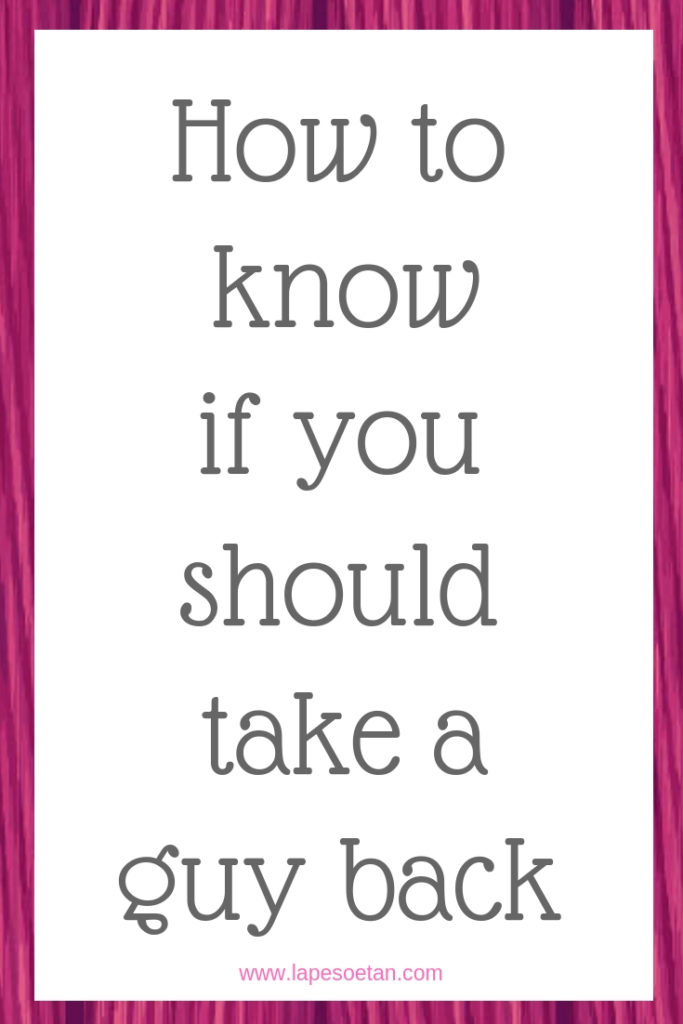 The older we get, the more difficult it is to take relationship risks, especially if you’re a single woman over the age of 30.  One of the more common risks that single women come across is having to decide whether they should take back a man who has left them.  And that’s what I’m going to be discussing today – how to know if you should take a guy back.

If a man has left you, broken your heart or dumped you and then he comes back later and asks you to take him back, should you do so?  The answer is: it depends.  It depends on how the relationship was going before it ended.  Was he physically, emotionally or mentally abusive?

It depends on who ended it.  Did you end it or did he end it?  If you ended it, did you end it for something that you consider a good reason?  If he ended it, did he do so blaming you?  Did he say or imply that he was leaving because there was a problem with you?  Do you think that there’s a problem with you, for example, do you have trust issues?  Or do you think he was just saying that to be mean?  For example, he could have said something like he was leaving because you had gained weight.

On the other hand, if he treated you kindly before leaving or if he always supported your career, the chances are when he comes back into your life, he is going to do all those things and even more.

Above all, know that there are no guarantees in life or love.  A man promising that he has changed and wants to come back into your life does not mean that he will never disappoint you again or that he will never leave again.  That’s one of the risks we take in relationships.  Only you can decide if the risk of taking this guy back is worth it.