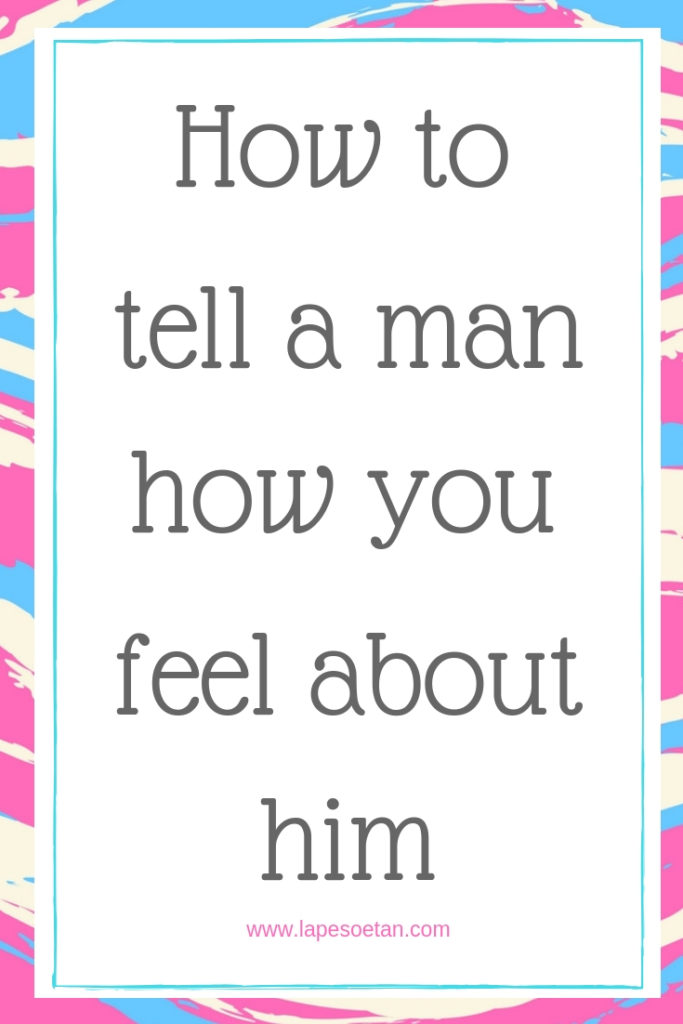 We may be in the 21st century but some things regarding relationships still seem so archaic.  For example, a woman telling a man how she feels about him can sometimes be seen as just plain desperate or too ‘forward’.  This is particularly prominent in countries like Nigeria where I live.

But if you want a happy, successful relationship, one of the things you need more than anything else is good communication.  But how can you have that if you don’t talk, if you don’t tell the other person how you feel about them?  The relationship will go nowhere and that’s why I’m making this video.  Today, I’m going to be talking about how to tell a man how you feel about him.

As you can probably tell from the intro, I’m all for communication.  However, communicating with a man, especially when it comes to telling him how you feel takes some skill and some courage but don’t worry.  That’s why I’m here.  I’m going to help you.

There are 2 things to keep in mind when you want to tell a man how you feel about hjm.   The first is that, no matter what you do, DON’T say “We need to talk”.  Don’t say anything like that.  Men don’t like that.  I don’t know why it seems like men don’t like that but they don’t.

I think it makes men feel like they’re in trouble or like they’re not going to like whatever it is that you’re about to say so they try to avoid the conversation.  And even if you can get them physically present for the conversation, somehow, they make their minds absent or they put up walls so whatever it is that you’re saying doesn’t really sink in.

Of course, not all men are like this but so many are that it’s best if you avoid the phrase, “We need to talk” or anything like that.

Instead of saying “We need to talk” and making a big deal out of the issue, wait until both of you are happy in each other’s company and bring up whatever it is that you want to talk about.  That is a better way to let him know what it is that you’re thinking and how you feel.

Secondly, before you tell a guy how you feel about him, it’s best if you have an idea that he feels the same way about you too.  That increases the chances of the conversation going the way you want.  If you’re not sure about the way a guy feels about you, telling him that you love him and that you think you guys would be a good fit together is probably not a good idea.  It might not go the way you want.

Make no mistake.  If a guy loves you, he will make it clear.  It’s not your talking or your carefully-worded argument that is going to make a guy realise that he loves you.  To increase your chances of success when you’re about to tell a guy how you feel about him, it’s best to have a good idea that the guy feels the same way about you as well.

I hope the tips in this video helped you.  If you want more tips like this from me, every single day, follow me on Instagram by clicking here.  I’ve written a ton of e-books on love, relationships, men and how to be happy while single for the single woman over the age of 30.  If you want to get your hands on those e-books, just click here.  You can download them for free there.