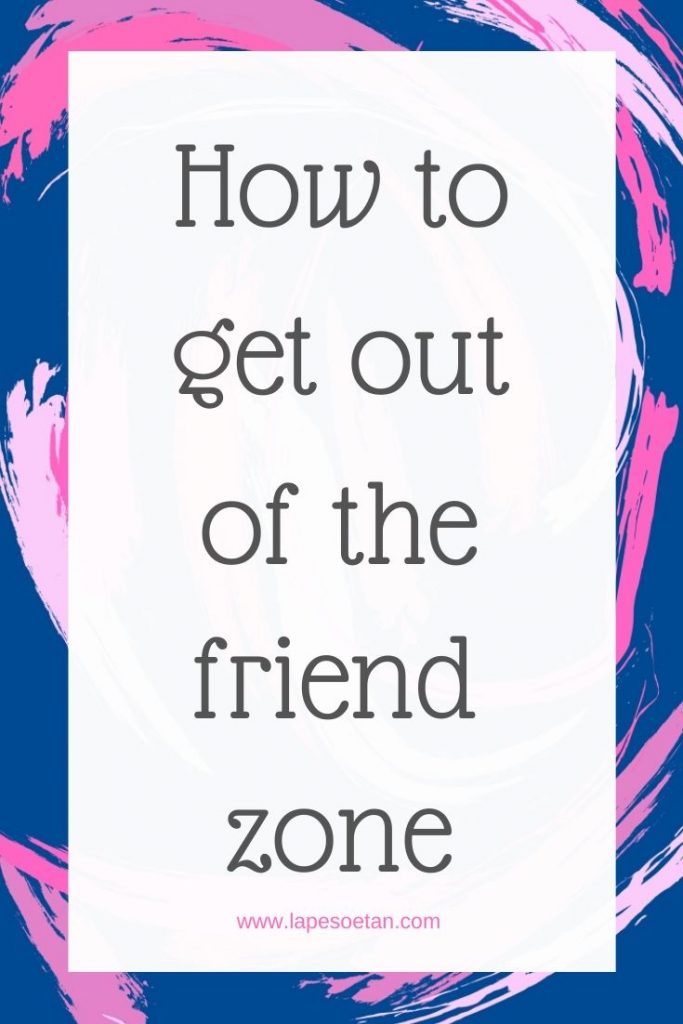 Today’s blog post is for the guys.  Have you ever met a girl you liked, become friends with her in the hopes that it will turn into something more only to discover that months later, she’s still introducing you to other people as her friend?  Have you been put in the friend zone and now, you’re desperate to get out of it and be more than just a friend?  Today, I’m going to help with all that.  I’m going to tell you how to get out of the friend zone for good!

I’m a relationship coach who helps single men and women over the age of 30 attract the right partner and today, I have 3 tips to help men get out of the friend zone.  My 1st tip is to admit that you’re in the friend zone because it’s only when you admit it that you’ll be able to find a way to get yourself out of there.

Be honest with yourself.  If she keeps introducing you to people as her friend, if she tells you that you guys shouldn’t spoil what you have whenever you try to discuss being more than friends with her, if she occasionally kisses you but gets really angry if you so much as hint to anybody that you guys are more than friends, she has firmly put you in the friend zone.  My next tip will help you start making your way out of there.

I get it.  This may be difficult because you genuinely like this girl but as you have seen, hanging out with her, being at her beck and call whenever she wants anything and being her wingman whenever you guys go out has not helped her see you in the boyfriend light.  You have to remove yourself from her life in order for her to realise how important you are to her.

My 3rd tip on how to get out of the friend zone is to start dating other people.  There’s nothing like a bit of jealousy to help people realise who exactly is important to them.  Now, with this step, don’t deliberately go breaking other people’s hearts.  Karma is real.

Once you carry out all the tips that I have described, you are bound to hear from this babe that put you in the friend zone.  But stay alert though.  The fact that she calls you and says that she misses you does not mean that she now wants you to be her boyfriend.  It could be that she just misses having this guy around who used to do everything for her and she didn’t even have to sleep with him for him to do those things.

If she calls you and says she wants things to be different between the two of you, if she says she wants you guys to now be boyfriend and girlfriend, take things slowly no matter how excited you may be.  If she starts behaving the same way she used to behave when she said that the two of you were just friends, know that this woman doesn’t fancy you, will never fancy you and will never give you the relationship that you want.  Move on from her.  There are many other women out there who will move you from the friend zone to the boyfriend zone very quickly.  Go for them.

For more love and relationship content that you won’t find here on my channel, listen to my podcast.  Go here to subscribe and listen to my podcast for free.  If you want daily tips from me on how to attract the right person for you, then you should definitely follow me on Instagram.  I’ve written a lot of ebooks for single men and women over the age of 30.  These books are about love and relationships and how to find the right person.  If you want to get them for free, just go here.