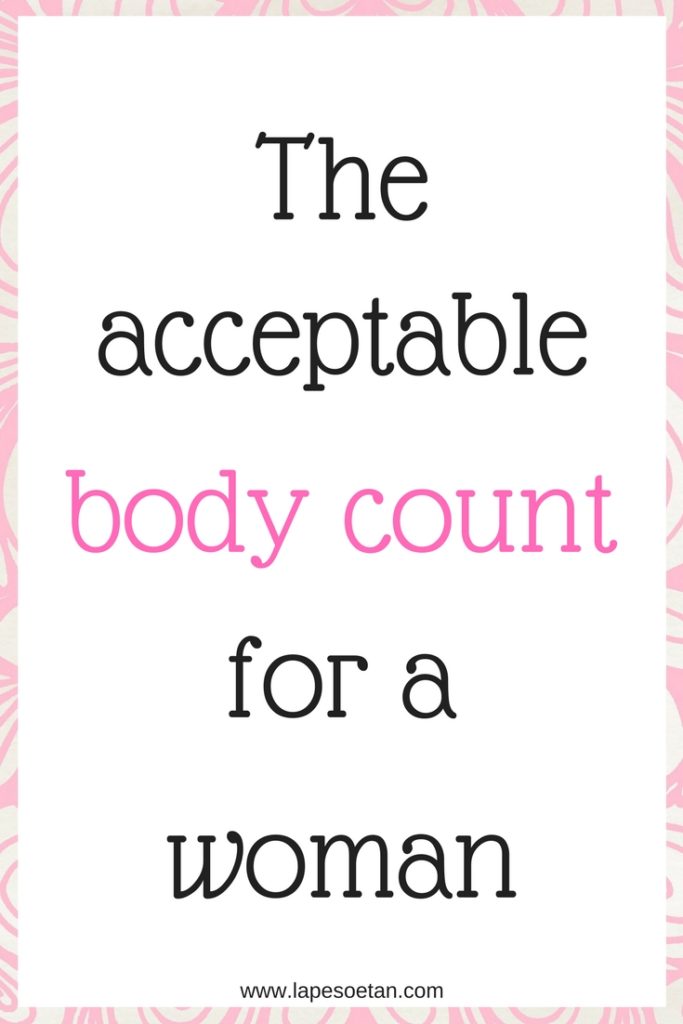 So what should you do if you’re dating a guy and he asks you your body count?  What you should do, actually, is to discourage all discussion about that kind of thing.  That sort of discussion is not going to go anywhere fruitful or anywhere positive.

What you should actually do is let him know that whoever you slept with is in your past and he is the only one in your future.  Body count, whether it’s the man or the woman, shouldn’t matter as long as both of you are being faithful to each other.

However, there are some guys that are very persistent.  If he keeps asking you what your body count is, first of all know that it means you’re going to have to be reassuring this guy for the rest of your life.  Know that at the back of your mind.

If you feel forced and that you do have to tell him a figure, I read somewhere that ‘3’ is the acceptable number for a woman to say she has slept with.  It makes the guy feel like you’re not lying by claiming that you’re a virgin but at the same time, it lets him feel like you have some experience in the bedroom and you won’t be boring.  You’ll be exciting in the bedroom but at the same time, it makes him feel like you’re demure or angelic.  That is what I read.

So, if you feel that you have to give him a number, tell him that your body count is 3.  It seems that 3 is the number when it comes to body count for women that men accept.  Once again, I have to remind you that ideally, you should discourage all talk of body count.

Those are my thoughts on the acceptable body count for a woman.  You can get more tips from me on love and relationships on my Instagram account.

Also, you can get free e-books from me here.

I wish you love and strength.  Bye!