I love pizza and because of that love and because I care about you, my dear reader, I decided to sacrifice my time and (let’s be honest, nutrition gotten from proper food) to find the best pizza in Lagos.  Most restaurants in Lagos offer pizza but my survey didn’t include proper restaurants, just ones that sell themselves as pizza places.  Here’s what I found from my study. 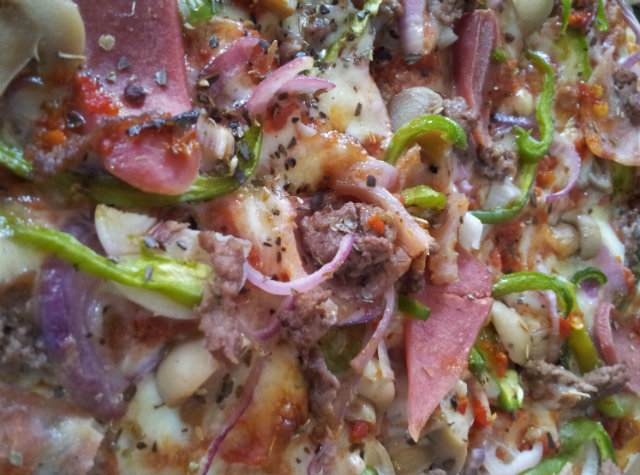 La Pizza is a fast-food restaurant with two locations in Lagos – one at City Mall, Onikan and the other on Allen Avenue, Ikeja.  Although the restaurant offers pizza, shawarmas and burgers, I tend to go there just for the pizza.  The pizza at La Pizza (Ha! Ha!) has a thin crust which I prefer, is very cheesy and is just delicious.  My favourite of their pizzas is the Milano.  The chilli on La Pizza’s Pizza Milano makes it a little hot for some so if you’re not sure you’ll be able to handle the pepper, ask for the chilli to be put on only half the pizza which is what I do sometimes.  La Pizza may not be the most creatively named or nicest-looking place but their pizzas are my favourite. 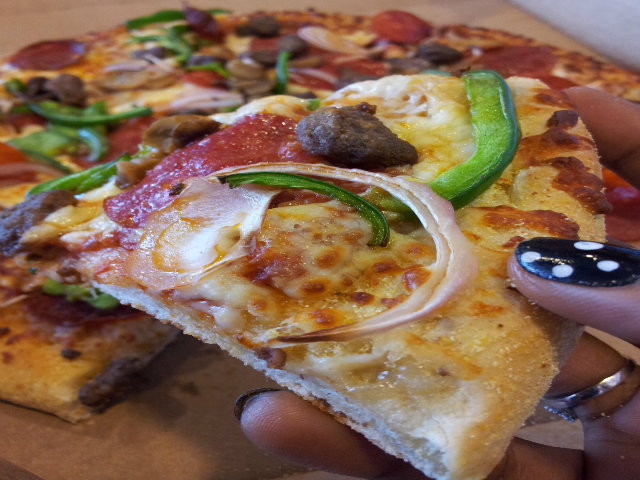 When Domino’s first came to Lagos, lots of people were excited about it and I was one of them.  I thought their pizza was great but after a while, I got tired of their base which is a little too thick for me.  I also found that their pizzas tended to taste the same.  Now, I can’t say I tried every single pizza flavour on their menu but I’ve tried a few and I was a little bored.  A friend also told me that cold or frozen then re-heated Domino’s pizza isn’t nice.  And that’s an important factor in pizza selection, isn’t it?  It’s nice to have pizza in the freezer to look forward to sometimes and it looks like Domino’s isn’t the best pizza for that. 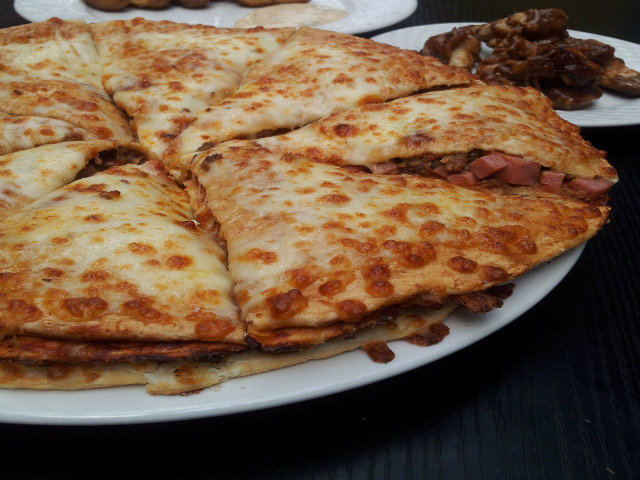 Debonairs has been in Nigeria for many years now and I have to say, their pizzas are unique.  The Debonairs pizza base is of a nice thickness and the special Debonairs sauce they put on their pizzas is distinctive.  I’m not sure I’ve tasted it anywhere else.  However, it is that same sauce that I have now grown tired of.  Having said that, I know loads of people who like Debonairs pizza and from what I’ve tasted, those people have good reason to like it.