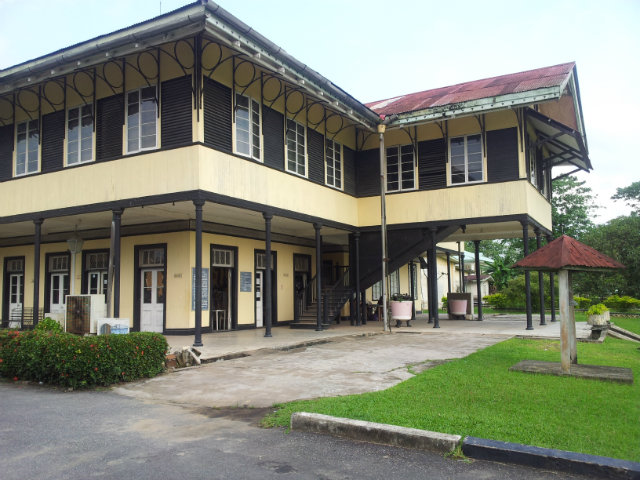 This may sound strange but I actually like going to museums.  Yes, I know.  I’m a real rock ‘n’ roll kind of gal.  Since I like museums, before I even set foot in Calabar, I knew I wanted to check out those the city had.  Last time I was there, I went to the Slave Museum so this time, I went to the National Museum.  Now, I don’t know how these things work but it turns out there are at least two National Museums in Nigeria – one in Lagos and the other in Calabar.  I’ve been to the one in Lagos a couple of times so I thought it would be interesting to see the one in Calabar too.

The National Museum in Calabar is housed in a late 19th century building.  I love old buildings so for me, half the enjoyment of being at the Museum was seeing that building and learning about it.  The Museum building was made in Britain in 1884 then moved in parts to Calabar and set up there.  That must have been incredibly expensive.  The building used to be the Government House from where the British territories in the Niger area at the time were administered so I imagine no expense was spared in putting up the House.  The building became a ministerial guest house in the 1950s and was made a National Monument in 1959. 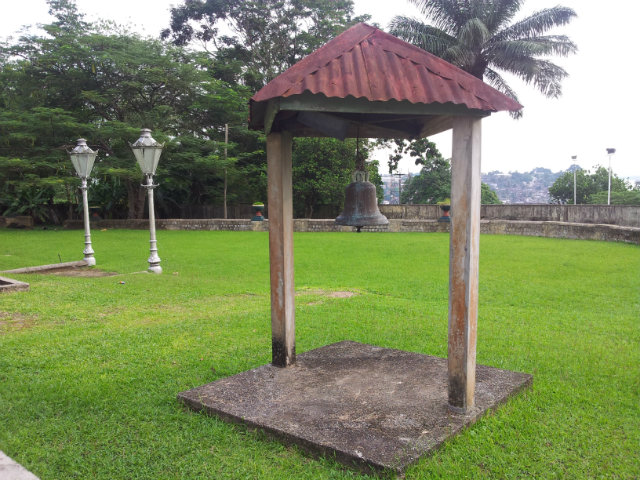 This ship bell outside the National Museum is dated 1848.

On the lawn next to the Museum was a ship bell dated 1848 which made me marvel and inside the Museum, artefacts are spread across the bottom and top floors.  On the ground floor are mostly material that have to do with slave trade and the colonisation of Nigeria by the British.  There, you’ll see pictures and drawings of slave markets, slave ships and other information on slave trade like how much slaves cost and an estimate of the number of slaves taken from West Africa.  Calabar was a major port during the slave trade era so it makes sense that the Museum dedicated an entire floor to it.  Having said that, the Slave Museum, also in Calabar, does a better job of telling the story of slave trade from Calabar’s point of view.

I found the top floor of the museum more captivating than the ground one probably because it had artefacts I hadn’t seen anywhere before .  Walking up the wooden staircase of the building, one of the things you first see is a dining table with chairs, sideboard and even dishes.  It all looked ancient.  I didn’t notice any date near the exhibit but the romantic in me wanted it to be late 19th century furniture.  I was also very taken by an organ made in 1885.  I wondered if it would still play if tuned up.  Next to the organ was a gramophone or what my mother calls His Master’s Voice.  According to her, they were the height of electronics in their day – her father had one and forbade anyone in the house from touching it so of course they did as soon as he went out.  But back to the Museum.  There were many little artefacts upstairs that I wished I could have spent time looking at but I had gone to the Museum just before closing time so I had to do everything in a rush.

Although I loved being there, the Museum needs to renovated.  The whole place was spookily dark and so dusty it brought on a sneezing fit.  It was also hot in there making lingering on the artefacts quite uncomfortable.  I know that renovating such an old building would be difficult especially if its heritage is to be kept (which it needs to be) but I believe doing so is be possible.  I hope the museum is rehabilitated and made more attractive to visitors young and old.  I can’t wait for all that to be done and to go back in time at the National Museum, Calabar.