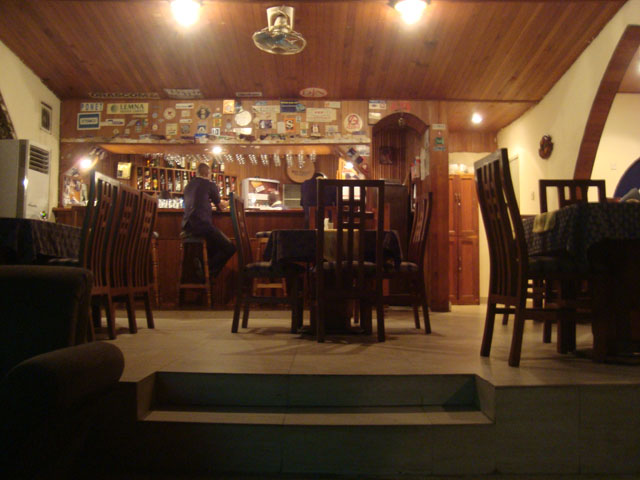 Freddy’s restaurant has a warm vibe.

Freddy’s restaurant is a small restaurant with a warm, comfortable vibe in Gomays Hotel, Calabar.  Although the restaurant serves basics like burgers and salads, it is known for its Lebanese food.

I went to Freddy’s with a group of friends so while I only ordered a shrimp salad and a glass of Chapman, the table was creaking with hummus, sfeeha, kofta, shish taouk and other kinds of Lebanese food by the time all the food ordered arrived.  The food took close to an hour to arrive so I wouldn’t advise you to go there when you’re starving.  Having said that, I have to admit that the food when it came, was worth the wait.  Sadly, the Chapman wasn’t great which I found surprising because it is such a basic drink in Nigerian restaurants.  I chose to ignore the less-than-perfect Chapman though because I liked the food.

Freddy’s is known for Lebanese food.

When I commented on the décor in the restaurant not being very modern and the food taking ages to turn up, one of my friends replied that still it is rare to get non-Nigerian food of that quality outside of Lagos, Abuja and Port-Harcourt and I had to agree.  So if you’re in Calabar and looking for nice, interesting food, Freddy’s is a great restaurant to try.