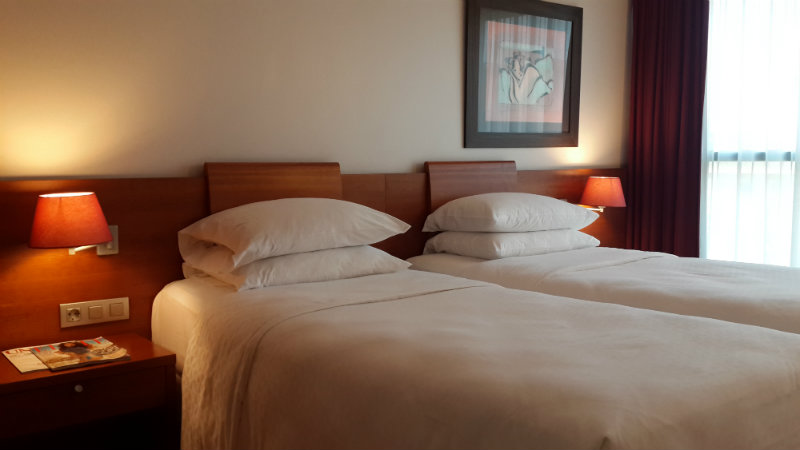 The bedroom at Four Points by Sheraton, Barcelona

Four Points by Sheraton, Barcelona is part of the famous chain of hotels and I liked the hotel before I got there.  I had a ton of questions about the hotel before I arrived (like how to get to it from the airport and so on) so I emailed them before I left for Barcelona and was pleasantly surprised with their prompt and helpful response.

My room at Four Points Barcelona was nothing out of the ordinary and the hotel basically had only one restaurant which was also its bar so I wasn’t too impressed with it.  Having said that, at less than 85 Euros a night (including breakfast), the hotel was pretty good value and its location was fantastic!  It was a 10 minute walk from a shopping mall (Les Glories), a 10-minute walk to a beach (Mar Bella beach)  along a cafe-lined street and a 3 minute walk to a TRAM station.  Apart from that, the hotel’s location was a great spot from which to people-watch.  From morning until evening, you could see people walking their dogs, jogging, riding bicycles, skateboarding and so on.  It seemed like a very fitness-conscious area. 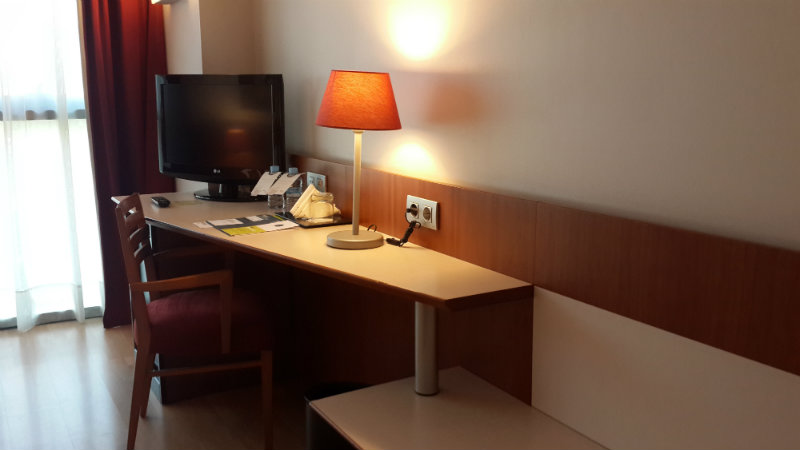 The writing desk and TV in the hotel room

Although the hotel’s staff spoke English, I have to say they weren’t the most helpful ever which I found strange considering that the emails they sent me before I arrived were so helpful.  I remember asking for an adapter to plug in my phone charger (because the sockets in Spain don’t match the cables we use in Nigeria) and the adapter never arrived.  The hotel also didn’t do airport pick-ups for fewer than 6 people in a group, so that didn’t endear them to me. 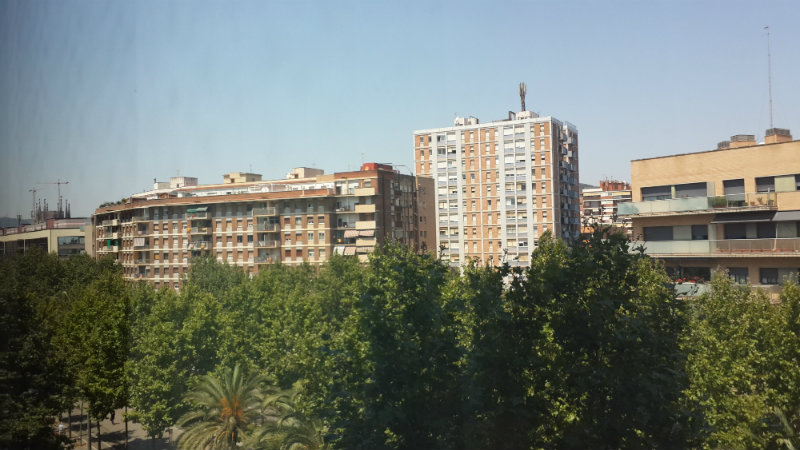 The view from the hotel room.  The Sagrada Familia is to the left of the picture.