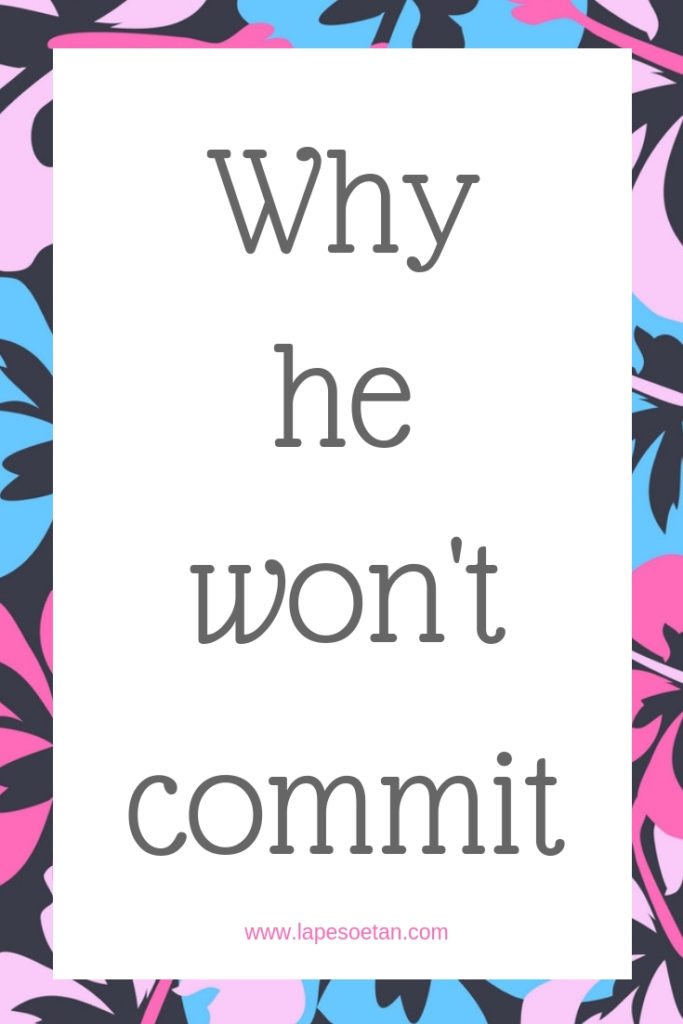 I’m a relationship coach for single women over the age of 30 so I often come into contact with issues that women have while they’re single, dating or in relationships.  Naturally, a lot of the same issues come up again and again.  One of the ones that comes up most often is when a woman asks why won’t a man commit to her?  If you’ve been asking yourself that question then you’ve come to the right place because today, I’ll be talking about why he won’t commit.

Outside of religion, there are very few men who never marry at least once in their lifetime.   There are very few men like that.  Almost every single man in this world marries at some point in time so really, every man is the marrying kind – it just depends on the time.  Having said that, that doesn’t mean you should wait for him.  If a man truly loves you, he will commit to you or marry you rather than lose you.  When a man finds a woman he really wants to marry, he will do so without any excuses.

I hope this blog post was helpful for you.  If you want more tips from me on love, men, relationships and more every single day, follow me on Instagram by clicking here.   To get my free e-books on love and relationships, how to be happy while you’re single and how to attract the right man for you into your life, click here.

I wish you love and strength!