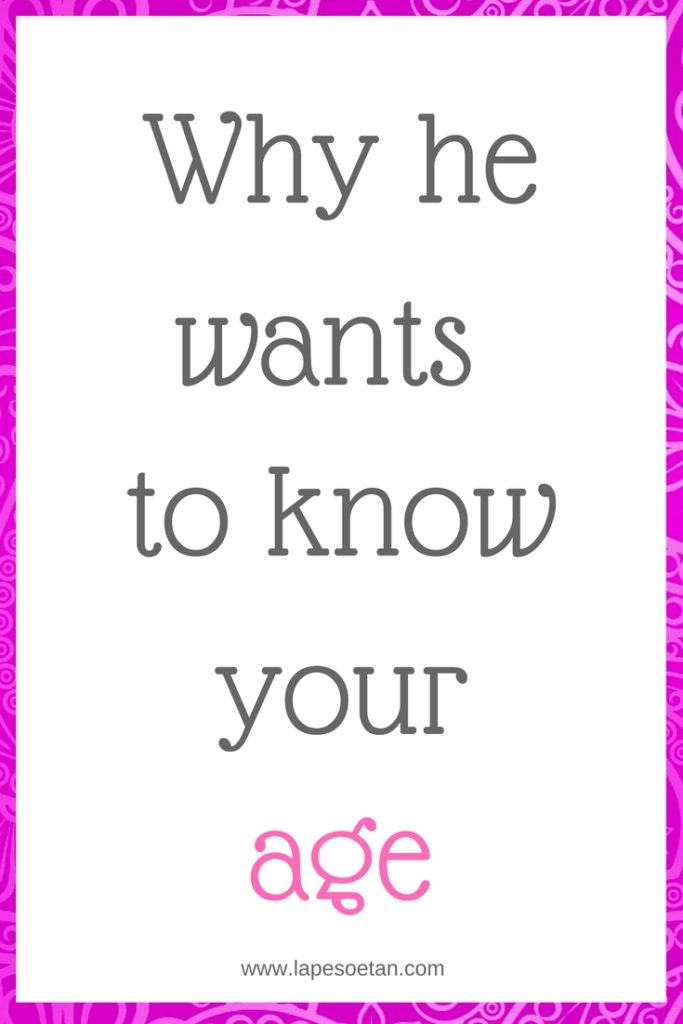 As you may know, I’m a relationship coach who helps single women over the age of 30 attract the right relationship.  In that role, one of the questions I hear a lot from women is “Why do guys always ask me my age?  Why do they always ask me how old I am?”  Because I get that question so often, I decided to make this video about it.

Before I began this work as a relationship coach for single women over 30, I had no idea that this was such a big issue for so many women.  Of course, I knew women often reduced their age but I thought that that was just for vanity reasons or even for career reasons.  I know that many vacancy ads, particularly here in Nigeria, determine that the people that are going to be hired must be of a particular age.  So, for that reason, some women (and even men) reduce their ages when applying for jobs.  So I thought that that was the reason women reduced their age.

But in my job as a relationship coach, I’ve found out that many women are uncomfortable about their age because so many men ask them about it.  So, in this video, I’m going to talk about what to do when he asks you your age or how old you are and what you should tell him.  I’m also going to be talking about why he asks you your age because that seems to be the bigger question behind all this.

The very first reason a guy would ask you your age is the same reason why you would want to know anybody else’s age.  I know guys might seem very strange, after all, they say men are from Mars but really, they’re human beings just like you and they are blessed with curiosity too.  So, if a guy asks you your age, he’s asking for the same reason he asked you your name.  He just wants to know more about you.  That is it!

The second reason a guy would ask you your age is so that he can understand you better.  For example, if you’re 22 or you’re 32, the way you would behave is different and for a guy, it would help him to know you better so that he can adjust the way he thinks as well.  There’s nothing devious behind it.  He just wants to understand you better.  In this day and age, thanks to technology and cosmetics, women look a lot younger than they actually are so rather than guess, it’s best for him to just ask you your age.

The third and final reason why a guy would ask you your age is to let him know whether you would make a good match for him.  Now, rest assured, if a guy truly likes you, he is NOT going to dump you simply because of your age.  It just won’t happen.  If he’s in love with you, your age is not going to matter to him.

Now, when he asks you your age, what should you do?  Tell him the truth.  Don’t subtract by three years or anything like that.  Just give it to him straight.  And don’t worry.  Don’t fret.  The guy who is for you will stay.  If he runs away, forget about him.  He’s not the right person for you.

When you tell a guy your age and he stays, you know that he is the one for you.  No matter what happens, your Prince Charming is going to love you no matter how old you are!