I spent a few days in Hawaii and thoroughly enjoyed myself.  Hawaii is made up of 8 islands and I went to two of them – Oahu and (confusingly) Hawaii.  Hawaii is the biggest of the Hawaiian islands and is also called The Big Island or The Volcano Island and Oahu is the island with Honolulu, Hawaii’s capital.  Here are a few pictures from the trip.  I split the pictures into two posts so you don’t get photo overload 🙂 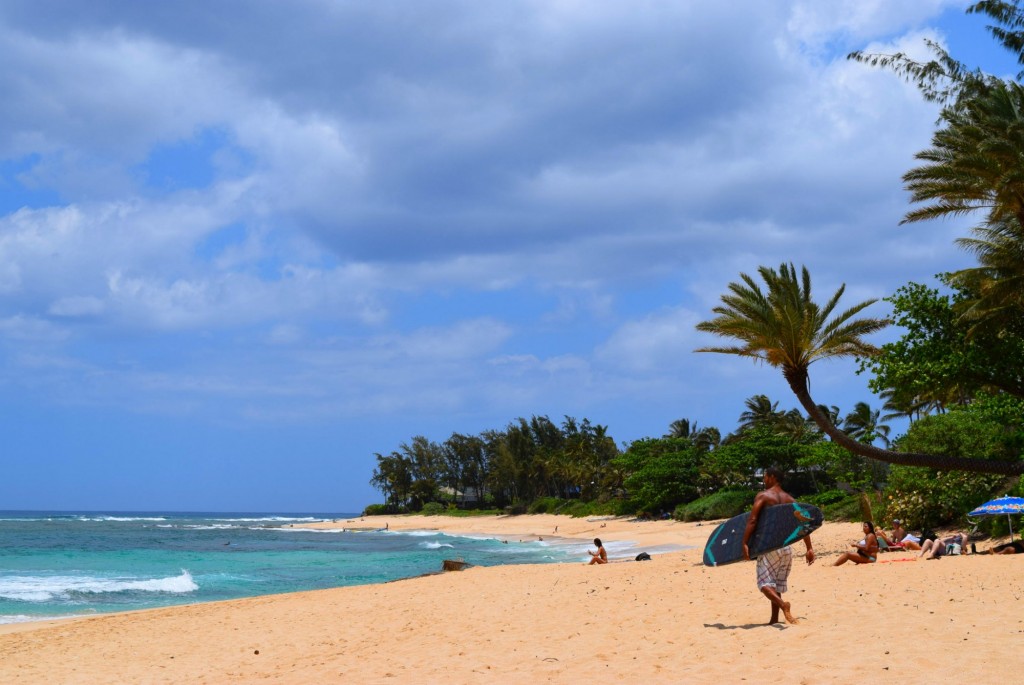 Before going to Hawaii, whenever I thought about the place, this was the sort of scene I imagined so I was excited about being able to capture it on camera.  This is Waimanalo Beach on Oahu. 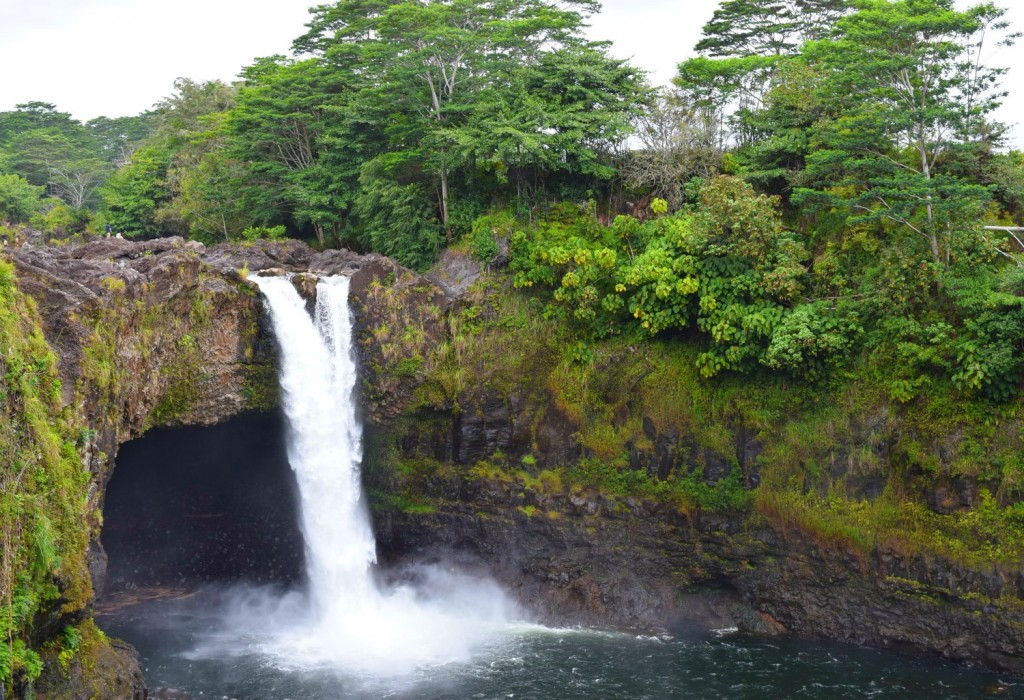 Hawaii is filled with waterfalls. This one, Rainbow Falls, in Hilo on The Big Island, has an optical illusion that you can only appreciate when you’re actually there and it’s fun to see. 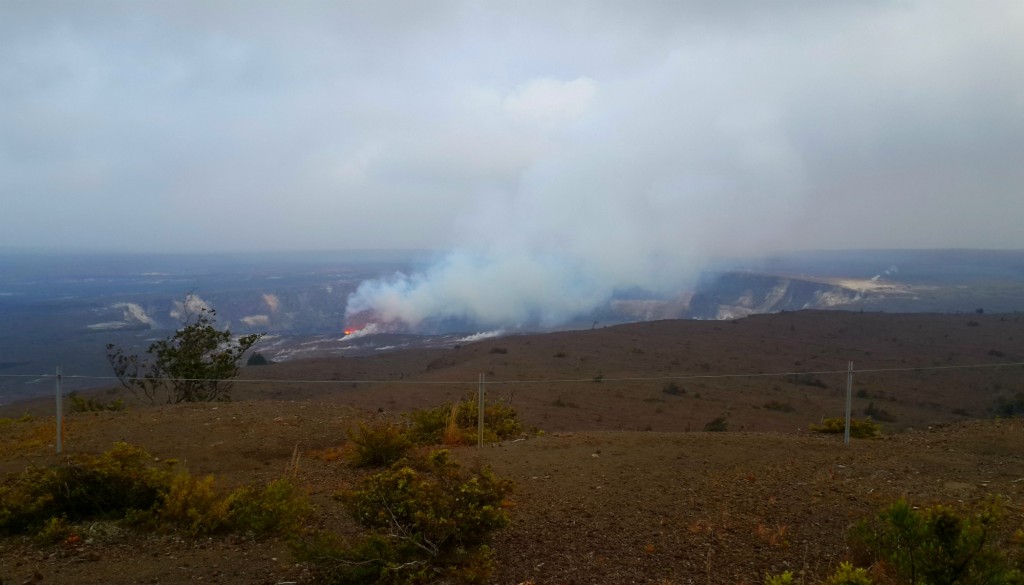 This is Kilauea volcano and the little orange glow you see there is lava.  It was so exciting to see.  A few days after I left Hawaii, it was on the news that earth tremors and volcanic activity were recorded on that volcano.  Scary but exciting. 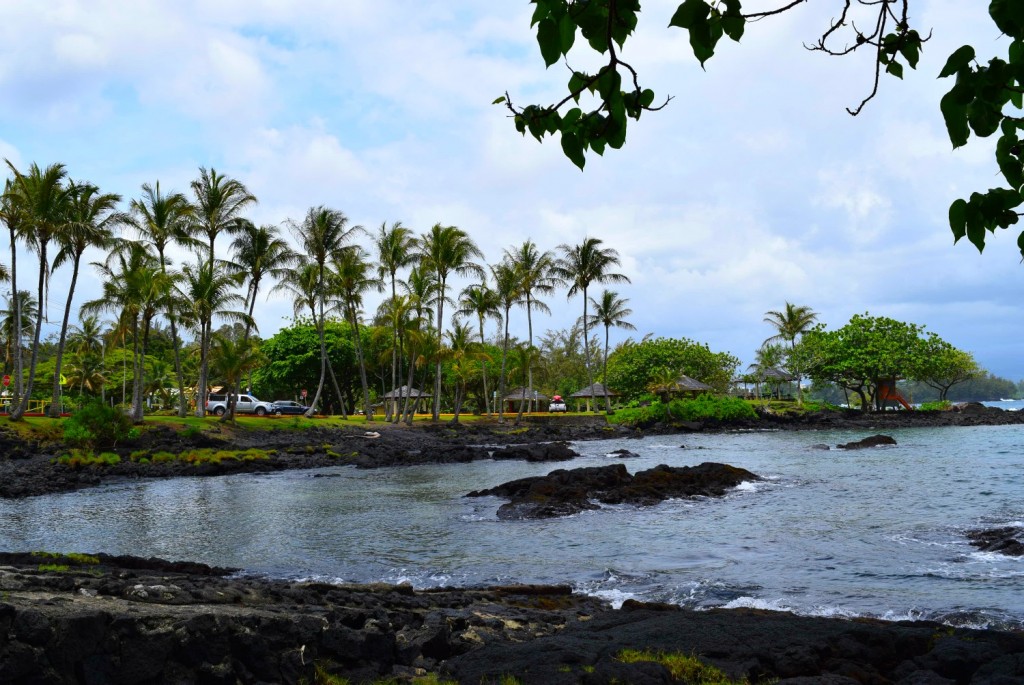 I love this picture.  It’s of a rocky black sand beach on Hilo, Big Island. 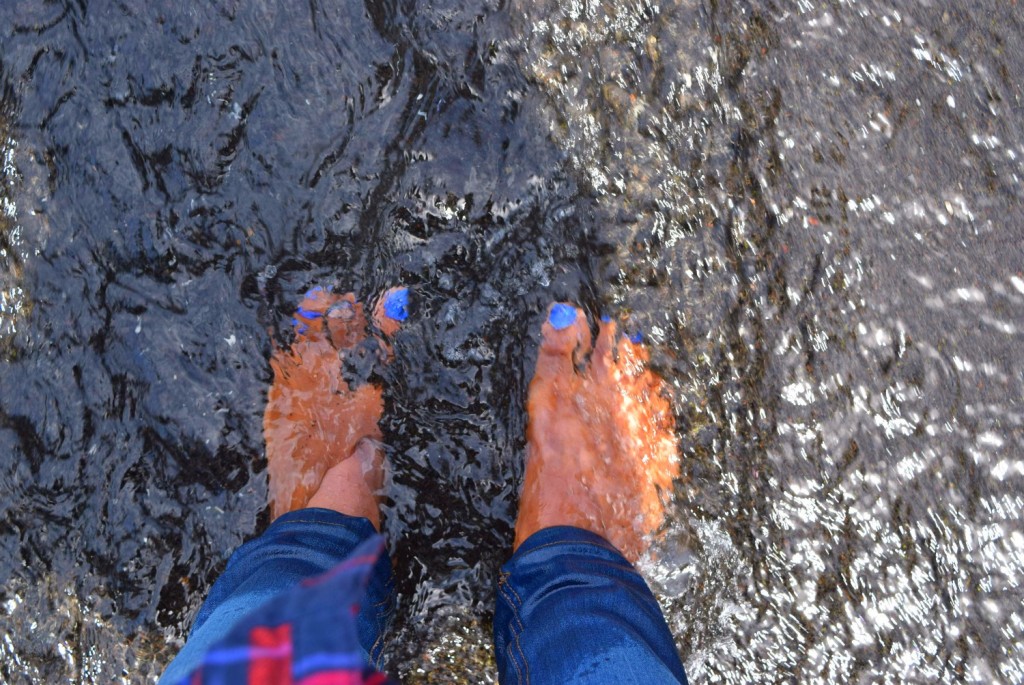 Going to a black sand beach has been on my bucket list for ages so I could hardly believe it when I dug my toes into the sand.  I felt so grateful. 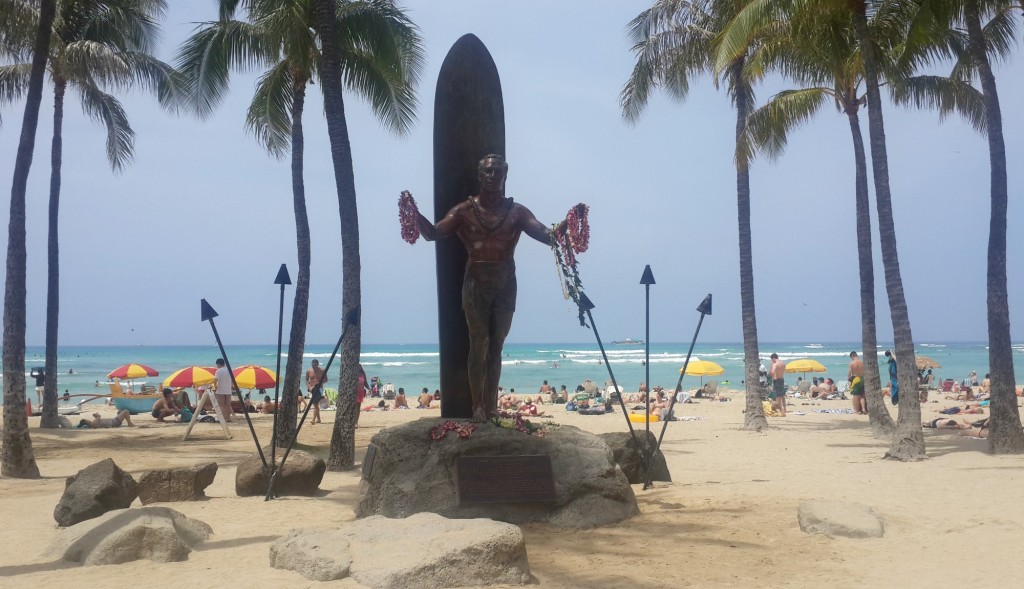 This is a statue of Duke Kahamanoku, an Olympic swim medalist who is credited with increasing the popularity of surfing.  The statue is on Waikiki Beach  and is often used as a landmark. 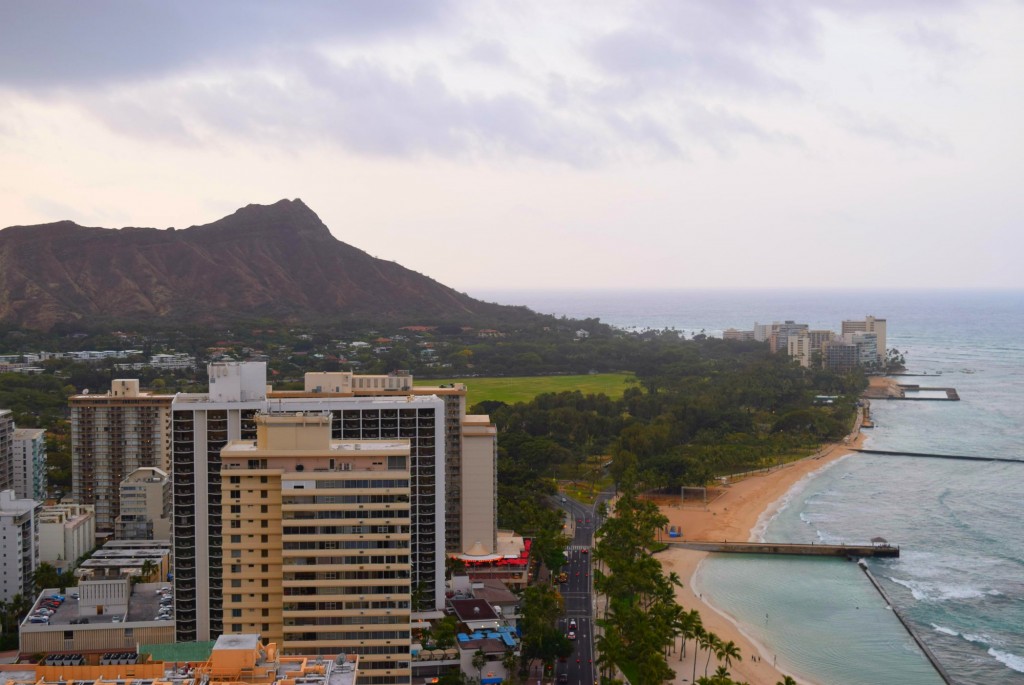 This is a view of Waikiki Beach, Oahu with Diamond Head crater in the background. 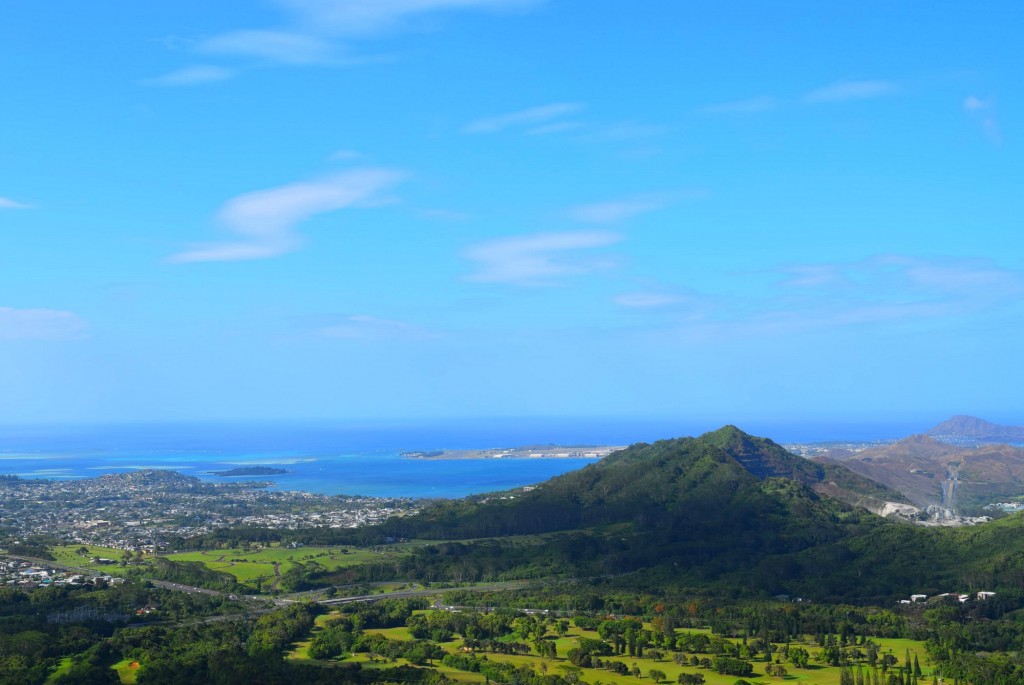 This is the gorgeous view from Pali Lookout, Oahu.  This is said to be where a fierce battle took place hundreds of years ago leading to Kamehameha I becoming the ruler of all the Hawaiian islands. 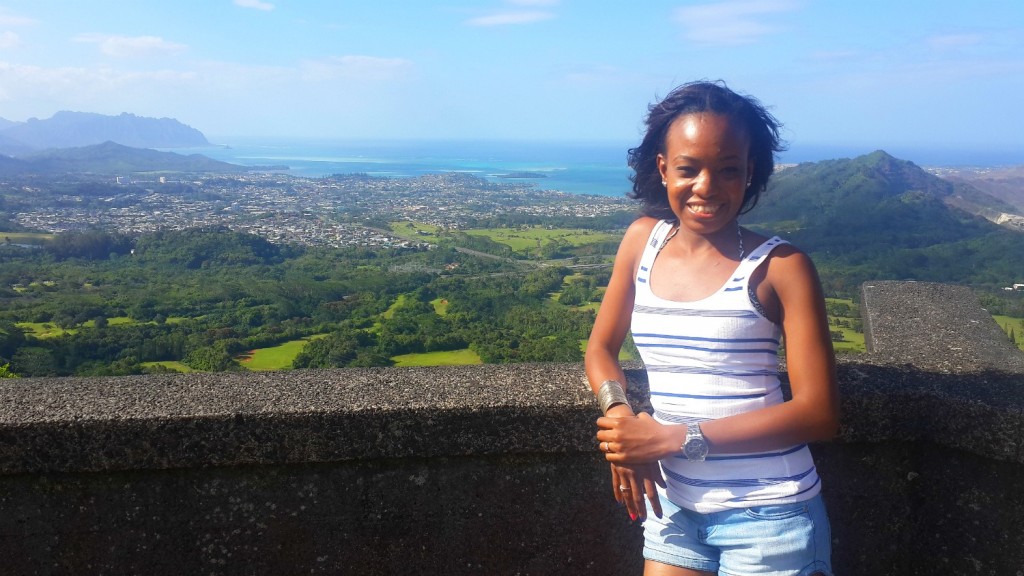 And this is me at Pali Lookout 🙂  The lookout reminded me of being at the top of Table Mountain, Cape Town.