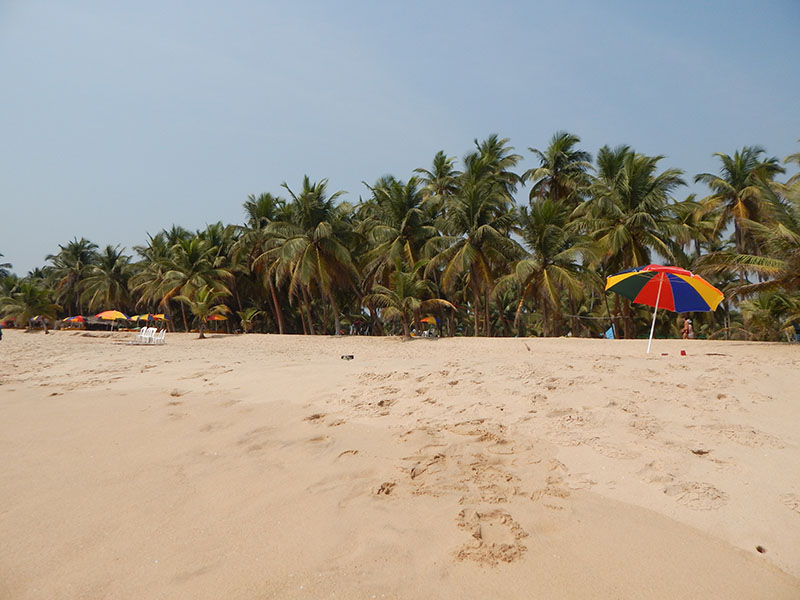 I love being at the beach and have made it my unofficial goal to go to as many beaches in Lagos as possible.  Over the Christmas holiday, I decided to go to La Campagne Tropicana which was described to me by one of the staff as a beach resort.  La Campagne is about an hour and a half’s drive from the Admiralty Circle Toll, the first toll plaza you come to when going to Lekki from Victoria Island.  I didn’t expect the place to be so far away I advise patience if you try to go there. 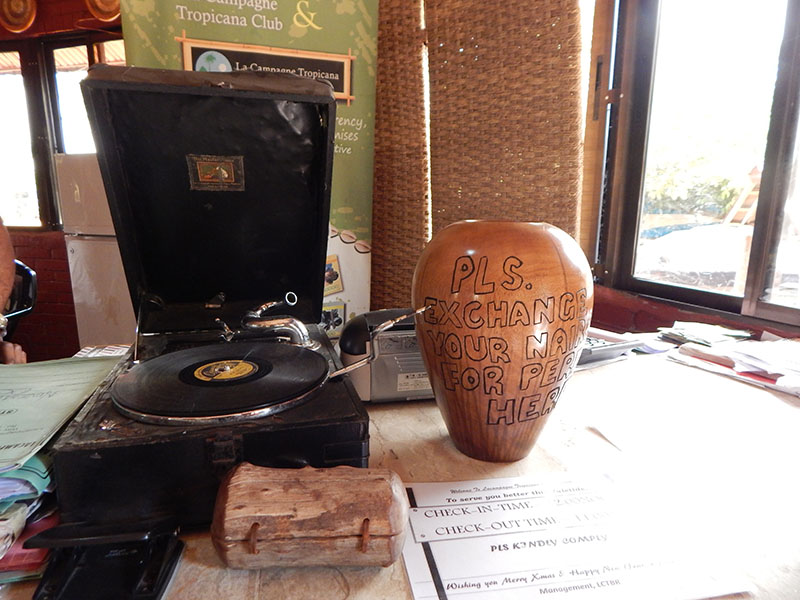 I was really taken by this gramophone on the desk at La Campagne’s reception.

Although La Campagne Tropicana has a French-sounding name, the entire place has a traditional Yoruba theme which caught me by surprise but which I thought was kind of cute.  The staff wear Yoruba-style outfits, the signboards within the resort are written in Yoruba and there’s even a spot where you can get your hair plaited in ‘didi’, the traditional Yoruba way.  The resort has rooms for those who wish to stay there but also allows day guests. 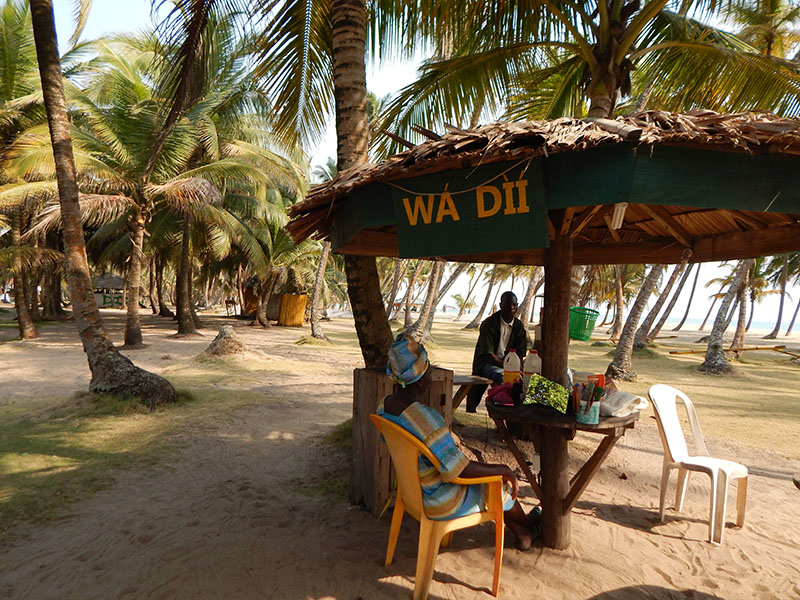 When you step into the resort’s reception, a lady greets you in a traditional Yoruba way and after sorting out what you want to do (pay for a room or get a day pass), you can have a free calabash of palm-wine to calm you down after your drive.  I’m not crazy about palm wine but I thought offering it to guests was a nice touch. 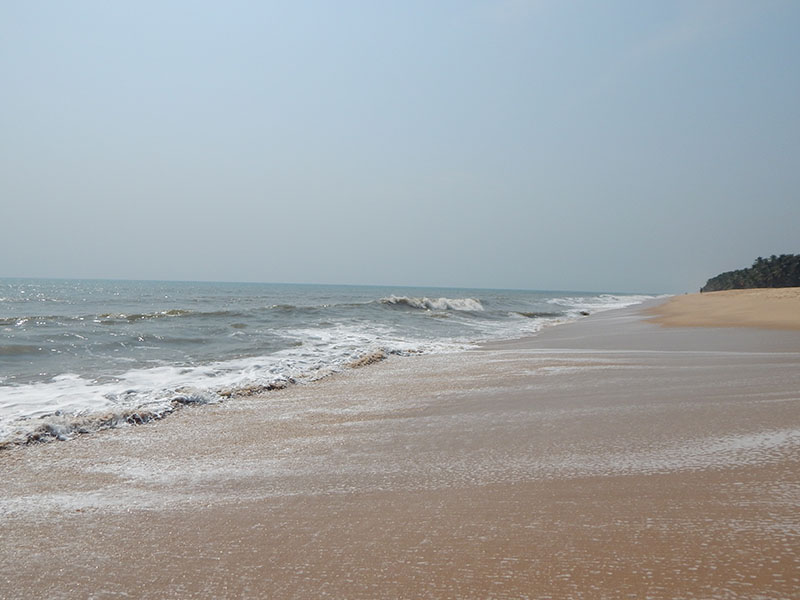 I loved the beach at La Campagne Tropicana

There are loads of things to do at La Campagne Tropicana from paddle-boating and bicycle-riding to hiking, volleyball and much more.  I didn’t spend the night at the resort and was acutely aware of how long it would take me to get back to town so while I was tempted to try out the water-sports available, I instead did my favourite thing to do at any beach which is to run towards the ocean then squeal and run away as the waves chase me.

After exhausting myself at the water’s edge (squealing and playing ‘chase’ with the ocean can be tiring, you know), I decided it was time to eat.  I had chicken and chips on the beach which cost N3,000 and was told there was a buffet available for N5,000 per person.  I thought the food was a tad expensive but that was the only down about my day at the resort. 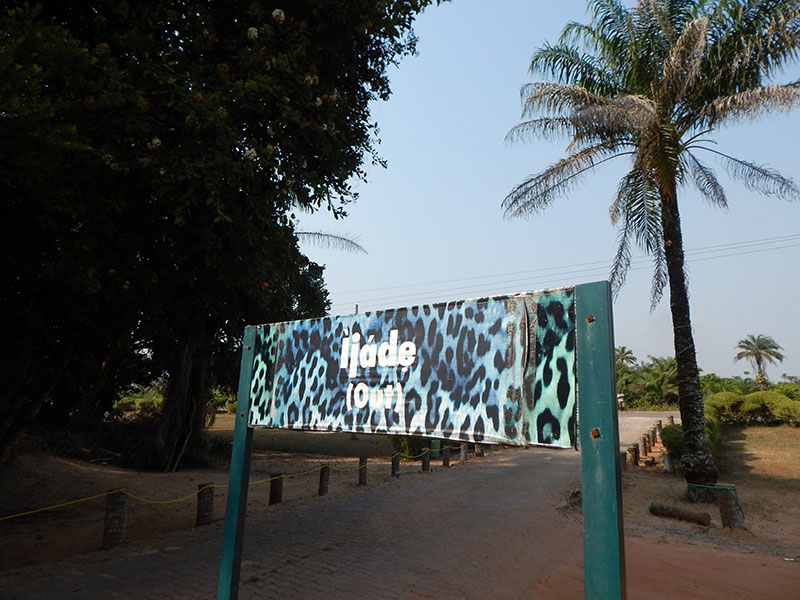 La Campagne Tropicana’s beach is currently my favourite beach in Lagos and that includes Ilashe which many people rave about (I went there and didn’t understand what all the fuss was over what was basically an empty expanse of land).  The beach at La Campagne was clean and though there was music playing and quite a number of people there, it still felt like a calm place.  The food was good and the staff polite.  I loved my day at La Campagne Tropicana.

Want to know when a new blog post of mine comes up? All you need to do is subscribe.  It’s free!  Just enter your email address into the box on the right and click on the link that will be sent to your email address in order to activate your subscription.  Want to get in touch with me?  You can do so via Facebook, Twitter, Instagram, GooglePlus or by sending me an email.  I’m on on Pinterest andYouTube as well.  Woo-hoo!