ABC Arabian Suites (formerly known as Zagy Suites) is a hotel with over 60 rooms situated in a quiet part of Bur Dubai in Dubai, U.A.E.  I had arranged with the hotel to be picked up from the airport (at an extra charge) so there was no problem with getting to the hotel.  On arriving there, I was attended to by a pleasant lady at the reception then shown to my room.

I use the word ‘room’ loosely.  Like most (if not all) the other rooms at ABC Arabian Suites, mine was really a serviced apartment with a bedroom, living room, bathroom, guest toilet, kitchen, dining area and a balcony.  Satellite TV (on which I watched MTV Arabia for the first time!) and internet access were available although internet access came at an extra charge.  The room was a lot bigger than I expected. 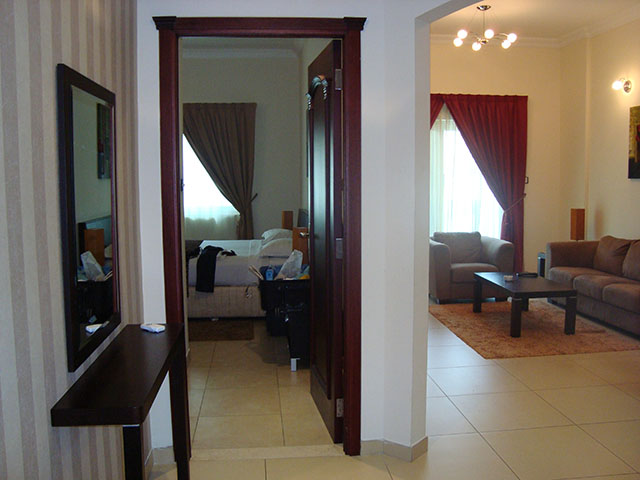 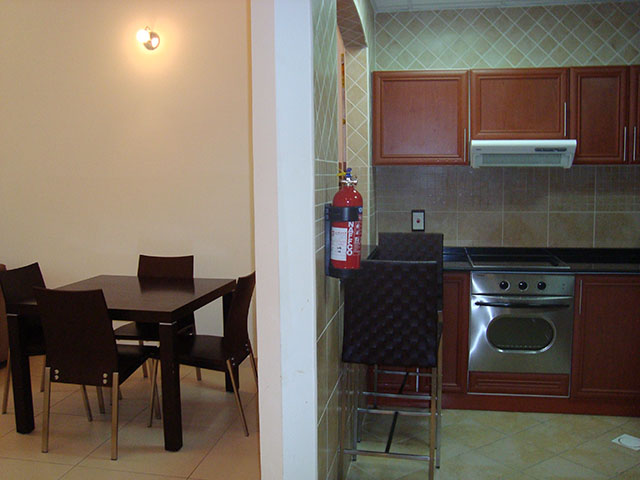 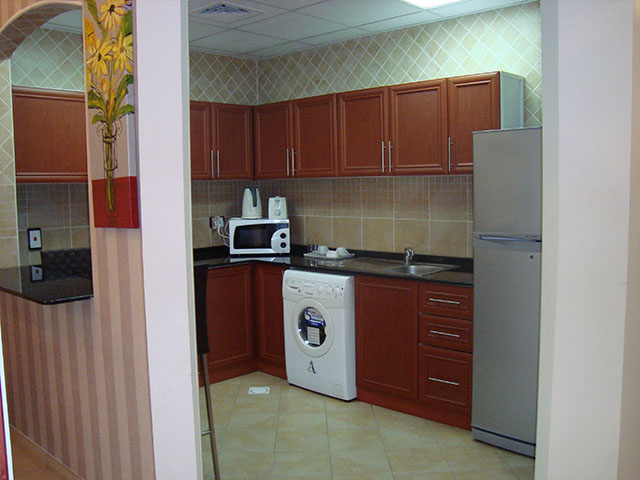 The kitchen where I did zero cooking 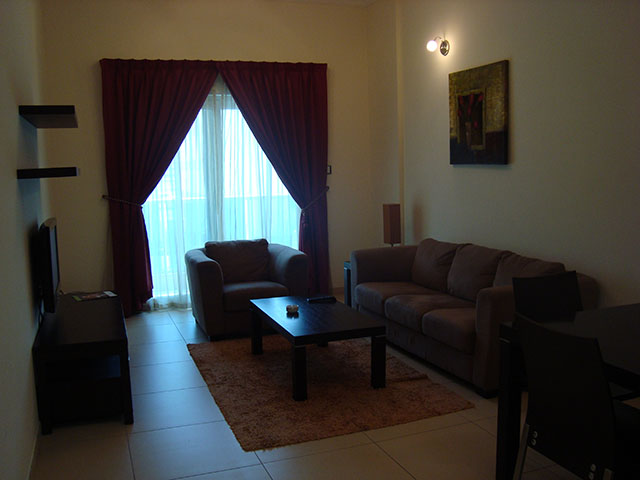 The living area where I discovered the wonders of MTV Arabia

Although English was generally spoken by the hotel staff, a few of them didn’t seem too fluent in it so sometimes, I had to call the receptionist to interpret my request to the other staff.  Breakfast was included in the hotel fees and though it was pretty basic (toast, pancakes, eggs and juice), it was filling and kept hunger away until lunch time without me needing to snack.  Getting around Dubai from the hotel was easy.  As soon as I stood outside the building and wondered how to get a taxi, one turned up.  Taxis are in abundance in Dubai.

There are hundreds of hotels in Dubai so I may try somewhere new next time.  Having said that, at roughly $90 a night including breakfast, ABC Arabian Suites is great value for money.  In addition, its helpful staff and calm location mean that this is a hotel I would recommend to anyone going to Dubai on holiday and on a budget.