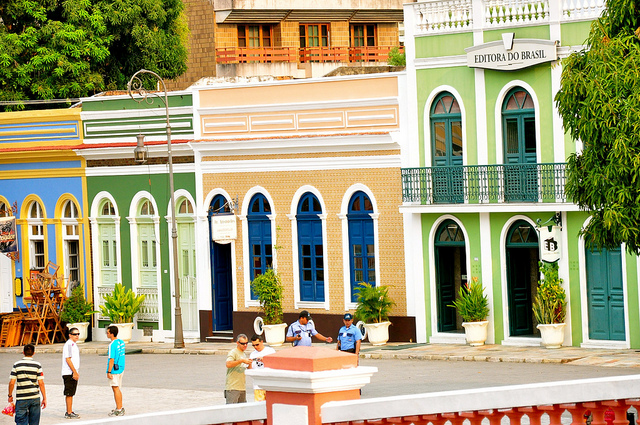 Thanks to the 2014 World Cup, TV is full of programmes about Brazil.  While I’ve always wanted to go to Rio, I saw a travel feature about Manaus and now feel it’s another Brazilian city worth visiting.  Manaus is the capital of the Amazonas where the Amazon forest is located.  I had always thought the Amazon was all about the jungle but there’s a bustling city right in the centre of it and that city is Manaus.  Generally, one gets to Manaus by boat or plane and it was once the richest city in South America.  The story goes that the wealthy there hired people to light their cigars and gave fine wine to their horses to drink.  Imagine that!  Evidence of the once wealthy city can still be seen in places like its amazing opera house.  Ever been to Manaus before?  What was it like for you?

Want to know when a new blog post of mine comes up? All you need to do is subscribe.  It’s free!  Just enter your email address into the box on the right and click on the link that will be sent to your email address in order to activate your subscription.  Want to get in touch with me?  You can do so via Facebook, Twitter, Instagram, GooglePlus or by sending me an email. I’m on Pinterest and YouTube as well!  Woo-hoo!