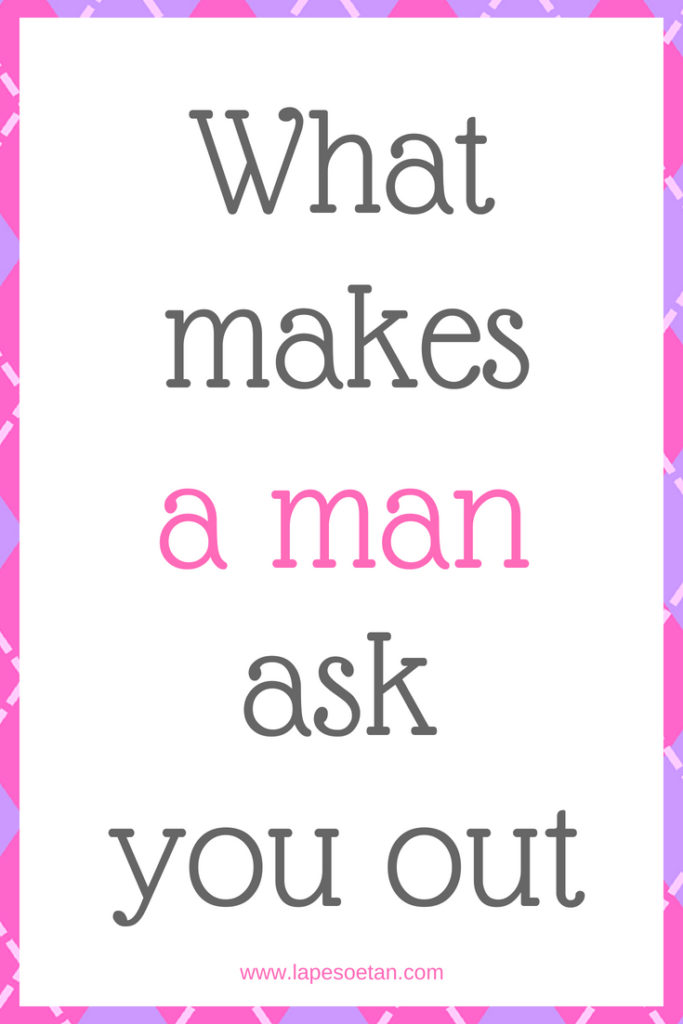 The first thing to note is that men are very visual creatures, particularly when it comes to women and relationships.  So, the first reason that a man asks a woman out is because of the way she looks.  I wish I could say that it’s inner beauty that attracts men but in this world, in the real world, that’s probably not the case.

The first reason a man asks a woman out is because of the way she looks.  Now, before anybody starts feeling down because they think they’re too thin, too fat, too tall, too short or whatever, the truth is that different men like different things which is great!

Some men like thin women, some men like big women with big bums.  There’s a man for every woman.  There’s no need to worry.  There are great men out there who like you just the way you are, who like the way YOU look.

The second reason a man asks a woman out is because of the way she behaves.  Some women are quiet and that intrigues some men so when they see a quiet woman, they are curious and want to know more about her and that could make a man ask a woman out.

On the other hand, there are women who are the life of the party.  Wherever they go, people are attracted to them and there are always people around them.  Some men are curious about that, they are intrigued by that and they want to know more about such a woman.  That makes some men ask a woman out.

So, once again, different men are attracted to different behaviours in women.  There’s somebody out there for you.  One thing to be aware of though is that if a man is going to ask you out based on your behaviour, it’s best to behave like a nice person rather than a nasty person.  It’s more likely that he’ll ask you out that way.

After you subscribe, remember to click on the bell you’ll see so that you’ll be notified as soon as a new video of mine comes out.  I wish you love and strength.