One of the things single women often here is “There are no husbands out there.”  I certainly heard it a lot.  Even my mother said it to me.  When she did, I was in shock because that was NOT her reality.  Her happy 45-year marriage ended when my father died.  How could she who had had a good husband have bought into the wail of ‘there are no good husbands’?  After getting over my surprise, I rationalised that statement she made by looking at other sides of her reality.  She has very few friends who aren’t divorced or separated.  Some of her friends’ daughters have never gotten married, are divorced or are in deeply unhappy marriages.  In saying that there are no good men out there, my mother was simply repeating what her friends knew to be true.  She ignored her own happy relationship and told me about the unhappy ones she knew  To be fair, her own long-lasting relationship was in the minority amongst people she knew so I guess she took the average of all the relationships she knew and gave me the result.  It’s what statisticians all over the world do after all. 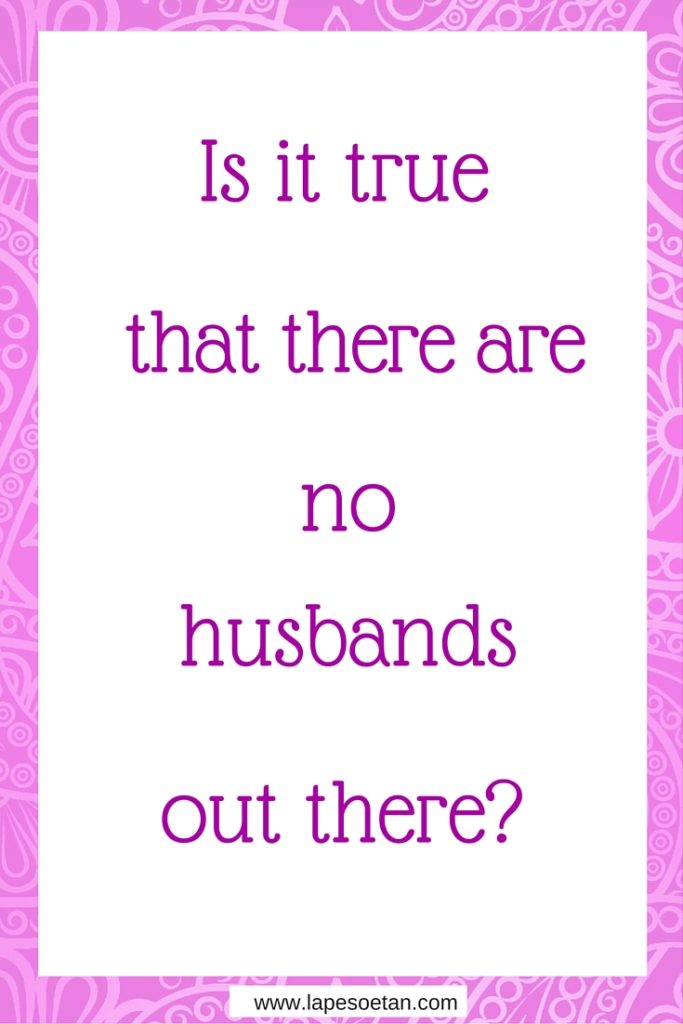 So, if there are no good men in Lagos or London, where are they?  In Las Vegas?  Let’s try to be objective.  There are horrible men (and women) all over the world.  You can be in Lagos, a city heaving with single men and not find your match and you can go to the Sahara desert and find the perfect man for you.

Please don’t believe the (negative) hype.  There is such a thing as love and there are good men out there.  If you want to find a good husband who will make you forget all the bastards you dated in the past, it is possible and I can help.  Book a 1-on-1 coaching session with me and I will give you the key points you need to find your man.  Send an email to me lape(at)lapesoetan(dot)com and together, we’ll get you on the path to finding true love.