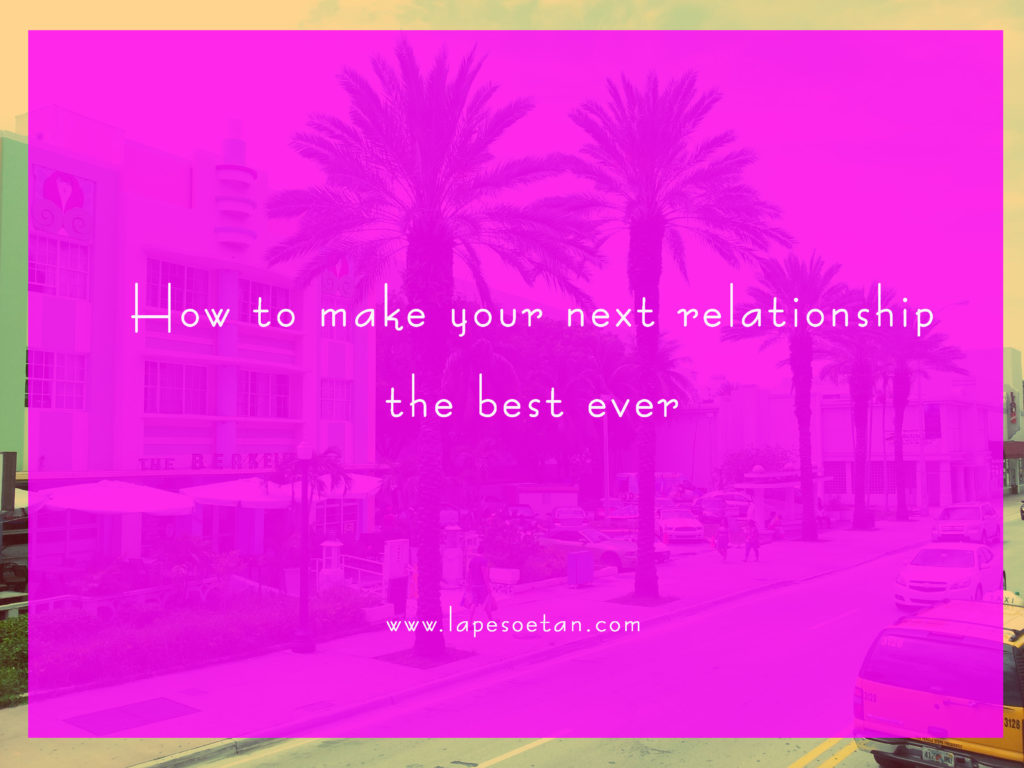 One day a few years ago, I was reflecting on my love life and realised that every boyfriend I had had was an improvement on the one before.  By improvement, I don’t mean each boyfriend was richer than the last (I know that’s the first thing that will come to some people’s minds).  I mean that each boyfriend was more my idea of a great boyfriend than the one before him.  For example, after dating someone who asked me for money for transport to come and see me (yes, it happened), I dated someone who would leave his car, drive me home in mine (because I hate driving) then take a bus back home.  I felt like a princess.

The day that I realised that my choice of boyfriends had gradually improved, I asked myself why that was, how it had come about.  There was never a time when I sat down and decided that my next boyfriend would be better than the last but it happened.  Somehow, I had unconsciously decided that that was what I wanted.

Now that I am at a different stage in my life, it is clear to me that I should have taken time at some point and actively decided to make my next relationship better than the one before.   If I had done that earlier, perhaps I wouldn’t have endured so many rubbish relationships.  Now that I am in a better place, I can look back and see what I did to make sure that every relationship I had was better than the one before it.  The things I did might be useful for others in a similar situation so here they are:

All in all, if you are aware of what you didn’t like about your past relationships, you will be in a better position to make sure that your future relationship is the best you’ll ever have.