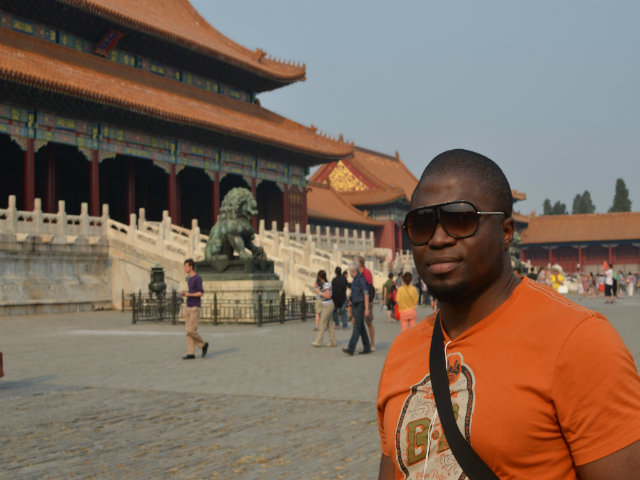 Ibrahim at the Forbidden City in Beijing, China

The default place for Nigerians to go on holiday is the U.K. or maybe the U.S. so I thought this guest post by Ibrahim Samande about his trip to China would be an interesting read.  I hope you like it.

August 16th had arrived and I was on my way to China. I had no clue what to expect, as this was going to be my first time in any Asian country.  It had been over a decade since my family had taken a vacation together and I am usually opposed to the idea but this time when they asked me to tag along, I obliged. We flew Qatar airlines from Lagos to Guangzhou with a 2-hour layover in Doha. Lagos-Doha was a 7-hour flight and the flight from Doha to Guangzhou, China took was 7 hours long as well. 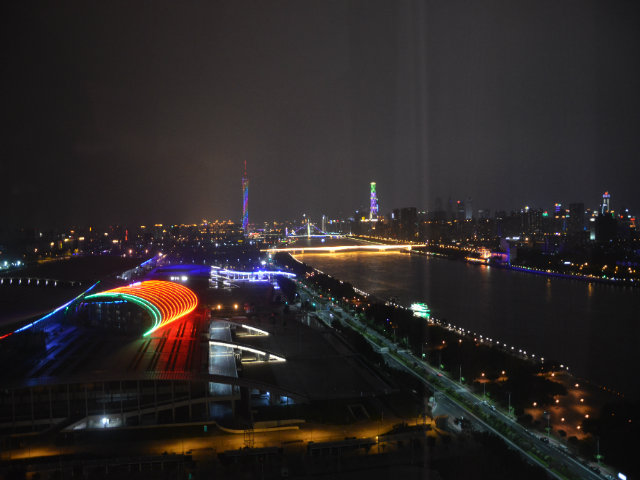 Guangzhou, the third largest city in China is located on the Pearl River about 120km northwest of Hong Kong.  We planned to visit 3 cities in China to give us a better appreciation for the country and since each province had its own unique qualities, we were poised to explore that.  Since barely anyone spoke English and we spoke zero Mandarin, our trip was all the more adventurous as we had to rely on pictures and gestures to communicate.  We had barely landed in Guangzhou when we headed for Foshan.  Foshan is famous for its porcelain industry and numerous martial arts schools.  The city also plays home to one of China’s biggest furniture production hubs so we decided to check out some furniture.

In Foshan, we took a taxi to the furniture strip, a 12 km stretch of furniture show rooms. With five floors of warehouse-like buildings lined one after the next each with all manner of home and office furniture, it was confusing trying to decide where to start but it was pretty amazing seeing the different furniture styles available.  We then spent the next two days exploring the various restaurants and electronic stores in Foshan. 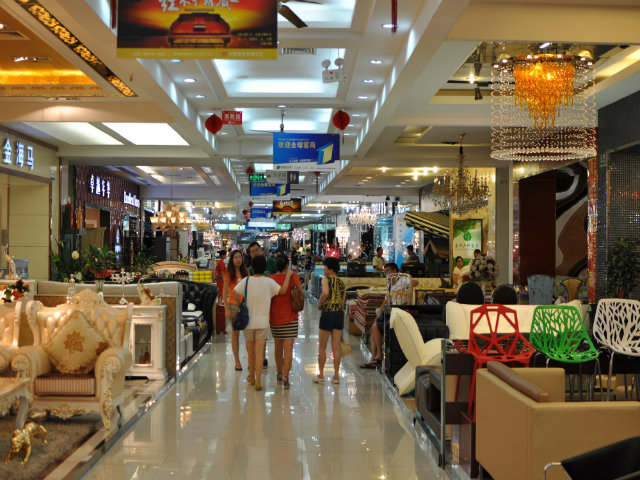 A shop within the furniture strip in Foshan

On day three, we packed up and headed back to Guangzhou. Having checked into the beautiful Shangri-La Hotel, it was time to continue our exploration of China. I wanted to check out a couple of local printing presses and was lucky enough to be given a tour of them by my Chinese friend, Ken. After the tour, Ken took me to a ‘bukka’ to eat. It was an open-air building with only a zinc roof to shelter from the rain. We sat at a big round table and he ordered an assortment of foods. I felt I was having a real Chinese meal experience especially since I was determined to use the chopsticks set in front of me.

On day 7 of our trip, we caught a 3-hour flight from Guangzhou to Beijing, China’s capital city, where we would spend the last three days of our vacation. The Guangzhou-Beijing air ticket was the equivalent of a whooping N50,000 for a one-way ticket. Rather expensive, but it made sense when we realized we would be flying in an Airbus A380, the world’s largest passenger plane.  Beijing was meant to be the ‘tourist’ portion of our trip so having rested well, we spent the next two days visiting Beijing’s famous Silk Market, the Forbidden City as well as Tiananmen Square. On occasion, the locals would ask to take pictures with us, which I found rather heartwarming. On our last night in Beijing, we came across a meat and fish market – the equivalent of our suya joints in Nigeria and that was where I tried fried snake meat for the first time. Other tourists stared in amazement as I chowed down on the reptile.  It was quite an adventure. 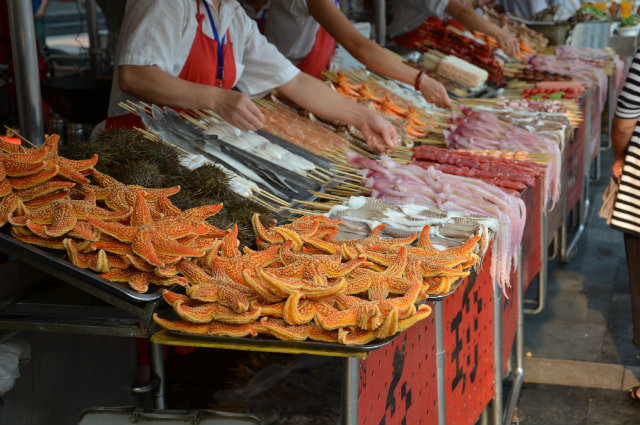 Starfish, snake and other interesting things for sale at a food market in Beijing

When our holiday was over, I boarded the flight back to Lagos feeling a sense of sadness at leaving. I had gotten a taste of luxury, mystery and a new culture.  I promised myself I’d return soon.