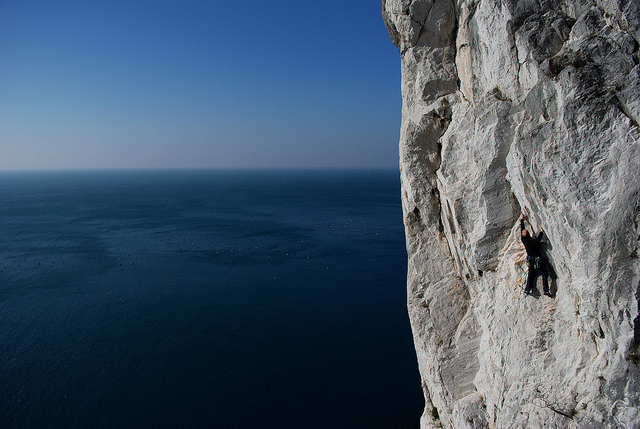 Recently, a young friend asked “How did you get where you are?” and in that instant, I felt many different emotions.  First, I was flattered because it meant my friend thought I had gotten ‘somewhere’ in life then I felt ashamed for feeling flattered; “Don’t let the subtle flattery of a 24-year old go to your head”, I told myself.  I also felt disappointed that I hadn’t gotten where I hoped I would be at my age but then I felt grateful about where I was no matter how high or low it was.  Finally, I wished I had had the presence of mind at twenty-four to ask someone older than me the question my friend had asked.

All those feelings swept through me in a moment but after gathering my thoughts, my mind went to the career advice my boss at my first job gave me.  His advice was in 3 parts:

When my boss said told me to have a vision, I had very little idea what he was talking about.  The only kind of vision I knew was what spiritual people said they got when they received messages from God.  My boss was one of the least spiritual people I knew.  He couldn’t have been talking about that.  Although my boss didn’t elaborate on his tip, over the years I learned that a vision was your picture of the future.  It is how you see yourself or your life in 5, 10, 20 (or however number of years you wish) years.  When someone tells you to have a career vision, they are telling you to see your life as you would want it to be and to keep that picture in your mind.  It will work as a kind of map.  Before you take any career decision, consult that map in your head and decide whether the result of that decision will take you closer or further away from your vision.

Even though I didn’t deliberately create a vision all those years ago, it turns out that I had one.  Recently, a friend I knew when I was working at that first job said in those days I constantly said “I just want to write.  I don’t know what I want to be but I want to write.”   Today, my full-time job and my side-hustle (doesn’t everyone have one these days? 🙂 ) both revolve around writing.  That is the power of a vision.

One of my biggest weaknesses is my difficulty in believing in myself.  I don’t know if it is as a result of being female (women are known to underestimate their abilities) or being an artist (creative people are never fully satisfied with their work) but I have always had issues with self-belief.  I am lucky in that whenever I doubt myself, I have people around me who support me and tell me I am doing well – my late father (who always told everyone I was the most intelligent person he knew), my brothers, my bosses – I have always had someone to turn to.  In spite of that, there have been times I have been too ashamed to go to those same people for yet another pep talk.  I felt they would be tired of saying the same thing over and over again.  At those moments, where did I turn?  For people who feel they have no-one to support them and help build their self-confidence.  Where do they go?  The answer is within.  Whenever I felt I couldn’t turn to anyone, I turned within and said something I heard a lot in the past:  “Feel the fear and do it anyway.”  That is actually the title of a book by Susan Jeffers.  By the way, even though I used that advice for ages, I read the book for the first time about 3 years ago and I recommend it.

As a rule of thumb, whenever I’m about to take a career decision that makes me nervous – enter a competition, apply for a new position or start a blog – I remember to feel the fear and do it anyway.  It has never let me down.  When you feel the fear and do it anyway and win the competition or get the job, your belief in yourself grows and that takes you towards your vision one step at a time.

It’s really easy to give up on things.  Sometimes, you work and work at something and it just doesn’t seem to go anywhere.  I remember once telling a friend that I felt like my life was going in circles instead of moving forward.  That’s how I feel when I’m thinking about giving up on something.  But there are also times when giving up is difficult.  I have wanted to give up on my blog several times – to just stop writing on it but I have discovered I can’t.  It’s one thing to have a technical problem like being unable to log on to the internet to upload things but actually not writing is difficult for me.  There was a time when I seriously thought about stopping the whole blogging thing; after all, nobody was reading it anyway.  I stopped writing for a few days but then realised that even if no-one was reading my blog, I still wanted to write and I still wanted to put myself out there believing that someday, someone would read and enjoy my writing.  And of course, that has come to pass.  From time to time, I get emails from people saying how much they like my blog.

This point about not giving up however leads me to another point which is that it is way easier to NOT give up on something if you like that thing.  If you like fixing motorbikes for example, you are going to do it whether you have a bike at that point in time or not.  Eventually, you may find that you know so much about it that people begin to pay you to fix their own bikes.  To summarise this point about not giving up, Winston Churchill said ‘Never never never give up’ and I think he was right.

Now, back to my first boss.  He wasn’t the kind of guy who talked a lot so this essay would never have come out of his mouth 🙂 but as a nod to him, here’s his advice in brief:

I’ve found his advice useful.  It has helped get me where I am today and hopefully, it will help you get where you want to be too.

Read my other career articles here.

Want to know when a new blog post of mine comes up? All you need to do is subscribe.  It’s free!  Just enter your email address into the box on the right.  Want to get in touch with me?  You can do so via Facebook, Twitter, Instagram, GooglePlus or by sending me an email.  I’m on Pinterest and YouTube as well.  Woo-hoo!