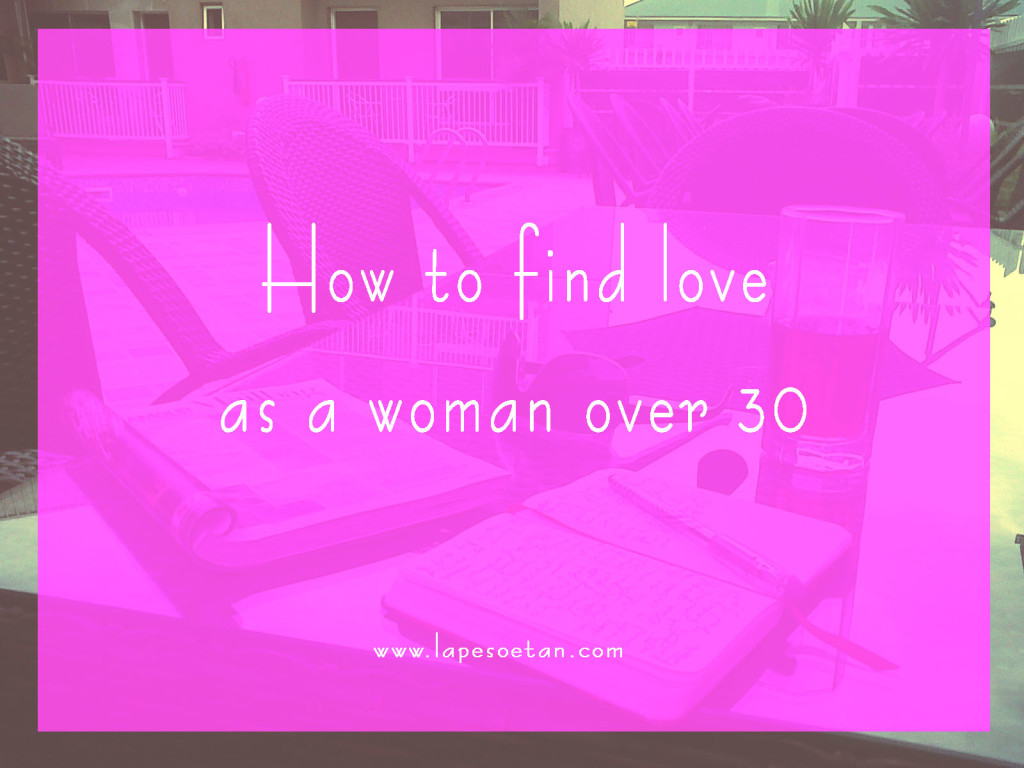 I don’t know why but when I was younger, I thought a woman needed to be married by 30.  Going by what I’ve heard people say, I wasn’t alone in thinking that way.  When I turned 30 and was still single, I felt a mix of emotions.  I was disappointed in myself.  I am very goal-oriented and had subconsciously set myself the goal of getting married by 30.  Being single at 30 meant I had failed in my own eyes.

I was also surprised that I had turned 30 and was single.  I don’t know why I was surprised though.  For one to be married, one should at least have a boyfriend and when I was dancing under the fireworks at my amazing 30th birthday party, I had no boyfriend.  My birthday party was fun but I soon realised that getting married was not all fun and games.  I had to take it as seriously as I took studying for exams or planning a vacation.

I soon discovered however that it is one thing to decide you want to get married and quite another to actually do it.  I also found out that it’s one thing to marry and another to marry someone you love.  In my search for the perfect man for me, I dated someone who was quite the opposite and when he proposed, I was shocked and frightened.  How could he want to marry someone he barely got along with?  We fought almost every day.  I ended that relationship and focused on meeting someone I loved and who loved me.  And if that relationship ended in marriage, that would be the icing on the cake.

And that was the thing about getting married for me.  I stopped looking to get married and started looking for love instead.  That’s the shortest way to describe what happened but the reality was that taking my mind off marriage was one of a series of steps I took that led me to a man I loved, who I believed loved me back and who I ended up marrying.

If you would like to know what steps I took to find love and want to try them yourself, you should get my new book, 7 Steps to Meeting the One.  This short e-book is an easy to follow step-by-step guide on how to find the perfect partner for you.  I found the ideal man for me following these steps and I believe you can too.  You’ve got nothing to lose so try the book today.  To buy 7 Steps to Meeting the One, click here.