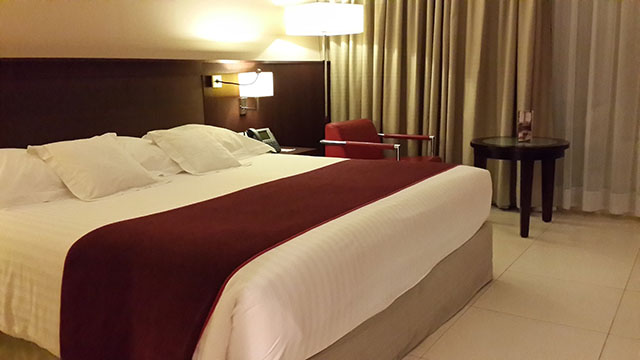 A room at Terrou-Bi hotel, Dakar

Terrou-Bi is a large hotel about 15 minutes’ drive from the International Airport in Dakar, Senegal.  Senegal is a French-speaking country but some of the hotel staff speak English which is a plus.  Due to a late flight, I arrived at Terrou-Bi in the middle of the night making conjugating French verbs a difficult task for my sleep-deprived brain so I was grateful for the hotel staff who made sense of my (basic) French and who spoke English too. 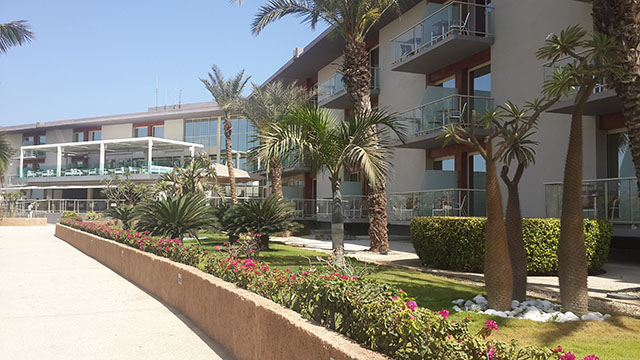 The Sea-view rooms at Terrou-Bi

Amongst the rooms on offer at Terrou-Bi are the Sea-view rooms and the Garden-view ones.  If you have the choice, pick a Sea-view room.  The view of the hotel’s private beach and parts of Dakar is calming especially in the morning or evening while sitting on the little balcony attached to the room.

Terrou-Bi has 3 restaurants and a bar and the hotel’s restaurants are particularly popular with Dakarois which isn’t surprising as the food, especially the breakfast buffet, is excellent. 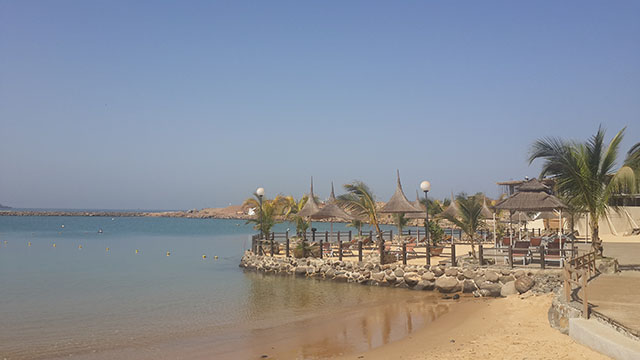 In addition to its own private beach, Terrou-Bi has got a heated swimming pool (which is a relief as the sea water is freezing), a gym and a casino where you can while away time till 4am if you so wish. 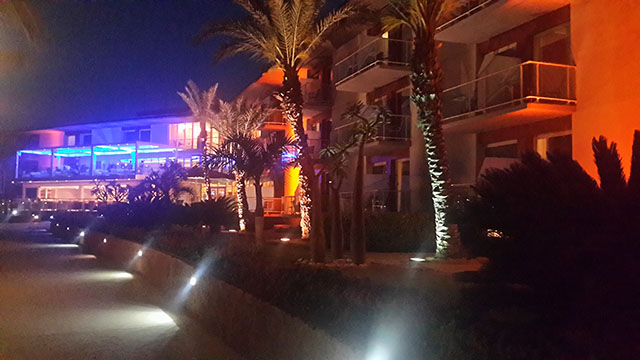 The best things about Terrou-Bi for me were its location (close to the airport and to Seaplaza Mall where you can do a bit of shopping), its food and the friendliness of its staff.  The worst thing about the hotel was having to leave.  I look forward to going back to Terrou-Bi someday.