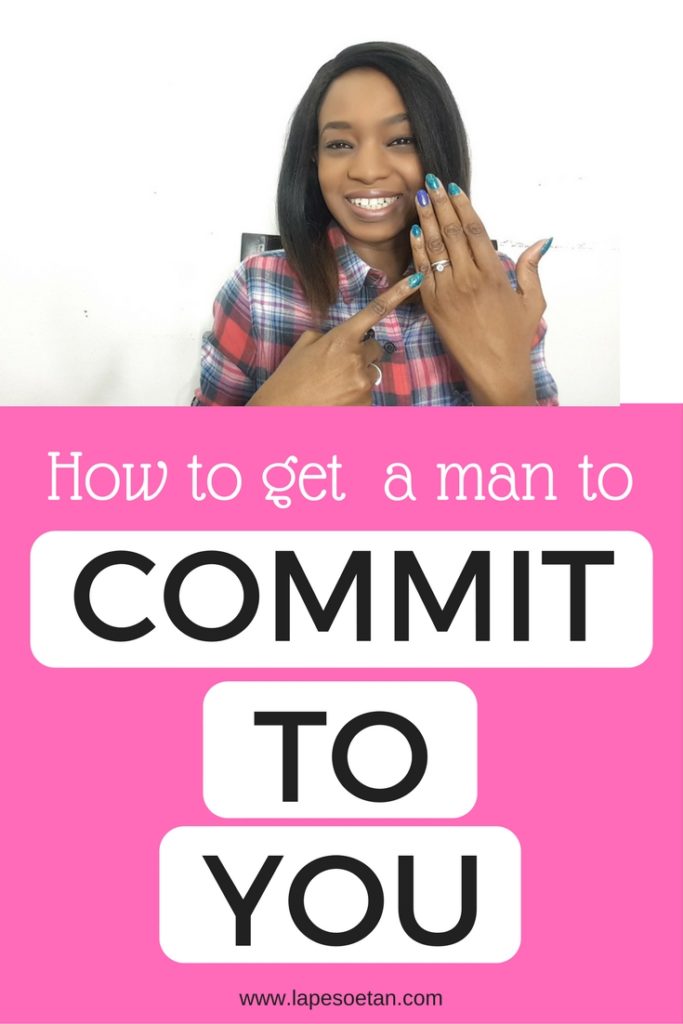 In today’s post, I’m going to be talking about how to get a man to commit to you.  That is a question that many women ask all the time.  They’ve been dating a guy for a while and they want him to say that they’re exclusive.  They want to be in an exclusive relationship with the guy and they want the guy to commit to them.  How can they achieve that?  Watch this video for more.

Some women try to get a man to commit to them in all sorts of ways.  Sometimes, they give ultimatums.  They say things like “It’s either me or we’re over!” or they get pregnant – “Ooops!  I did it again!”  These things are just tricks and these manipulations don’t really work.

For example, with ultimatums, think about children.   When you give them threats or ultimatums or you tell them not to do something, that is exactly when they’ll do that thing.  So imagine what it’s like for a man, an adult.  If you give him a threat or an ultimatum, he likely will just do whatever it is that he wants.

Before you do ask him though, you need to be ready for the answer because it might not be something that you want.  However, the best thing to do is to ask him.  And remember, if a guy leaves your life, it’s just making room for another guy who is even better to come into your life.  So don’t be afraid.  If you want commitment from a guy, you have to ask for it.

I’m a relationship coach.  I help single women like you attract the right relationship for them into their lives.  And I’ve written a ton of free e-books.  To get them, just click here.