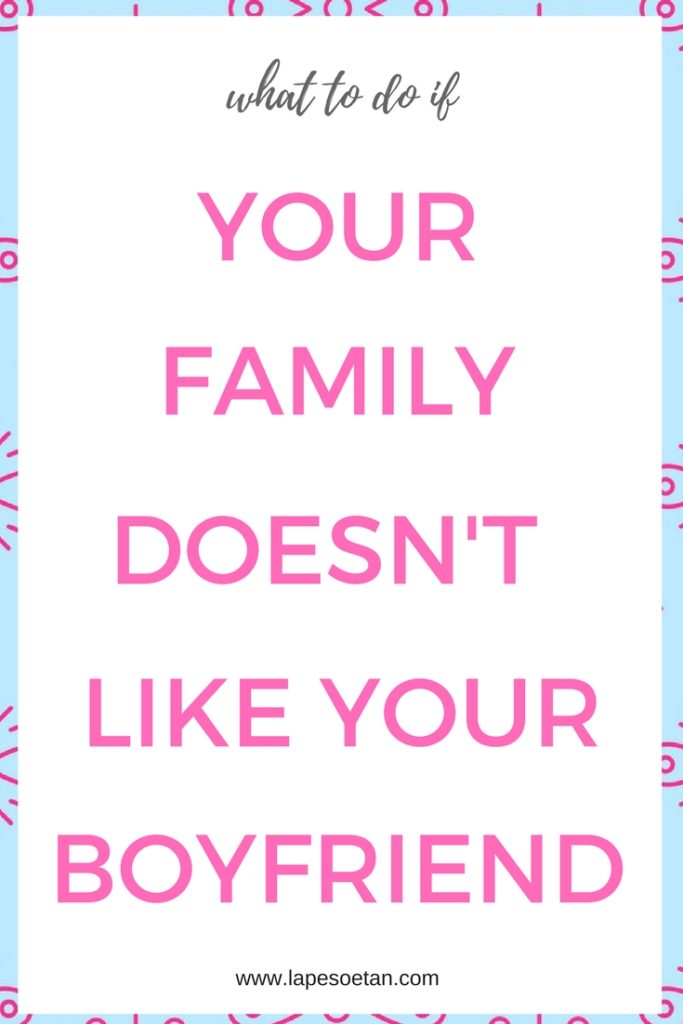 From time to time, I hear from women who tell me that their family doesn’t like their boyfriend and they don’t know what to do about it.  If you’re in that situation or you know someone that is in that situation then you need to watch this video.  It is a must-watch for you.

I’m a big romantic but I’m also realistic.  There’s no point if you’re in this situation, thinking that you and your boyfriend are like Romeo and Juliet.  We have to remember – those two, they did not have a happy ending.  We don’t want that for you.  So, what can you do if your family doesn’t like your boyfriend?  It’s a really tough situation to be in.  You love your family and don’t want to be cut off from them but you also love your boyfriend and you guys have decided that you want to get married or you’re thinking about getting married.  But how can you get married if everyone is against you?  Babe, calm down.  I’ve got 3 steps for you that will help you get through this situation.

The 2nd step you and your boyfriend need to do is to talk.  There’s no point in hiding things.  You’re in a relationship.  You and your boyfriend need to talk about this negative thing that is in the air.  Your family doesn’t like your boyfriend.  You guys have to talk about it.  You have to decide and come out with what you guys are doing in the relationship.  Is this a relationship that is serious?  Do you guys want to get married?  Remember, if a guy is NOT telling you that he wants to marry you, it is because he does NOT want to marry you.  So, don’t go and start trying to fight your family for a guy who is not even serious about you in the first place.

You guys need to talk and you need to decide what you’re doing in this relationship and where you’re going.  If you and your boyfriend decided that you do want to get married, then despite the dark cloud that is hovering over both of you, know that you do have a silver lining and that is that the two of you want to be together.

The 3rd step is for you and your boyfriend to decide that you’re going to stay together no matter what.  This doesn’t mean you elope or anything like that.  It just means that come what may, you guys are going to stay together until your parents or your family allow you guys to get married.  This is not a joke.  This is not something that is easy.  I know a couple that have been dating for 7 years and they still haven’t gotten married today because the girl’s family doesn’t like the boyfriend.

The thing is that, usually in Nigeria where I live and where I’m talking from and where I come from, if a couple has been together for years and years, eventually, the bride’s family or the girl’s family will allow them to get married.  That is if your lives are not threatened.  If your lives are not threatened, you and your boyfriend can decide that you’re going to stay together until your family relents.  Usually, the family will relent after a few years because they think “Look, this girl is getting older” and you know how we Nigerians think about women being single after a certain age.

So usually, the girl’s family or the boy’s family will relent after a particular number of years.  But like I said earlier, you do have to be strong because it can take a long time.  There’s a couple I know, they’ve been together for 7 years and they still haven’t gotten married.  On the other hand, I know a couple who dated for 2 years, I know another who dated for 5 years, I know several couples that have dated for a certain number of years and after a while, the parents were like “Look, it’s fine.  You guys, go and get married.”  That is because the parents or the family finally see that the guy is a good guy.  He’s not deliberately going to hurt their daughter and they finally allowed them to get married.