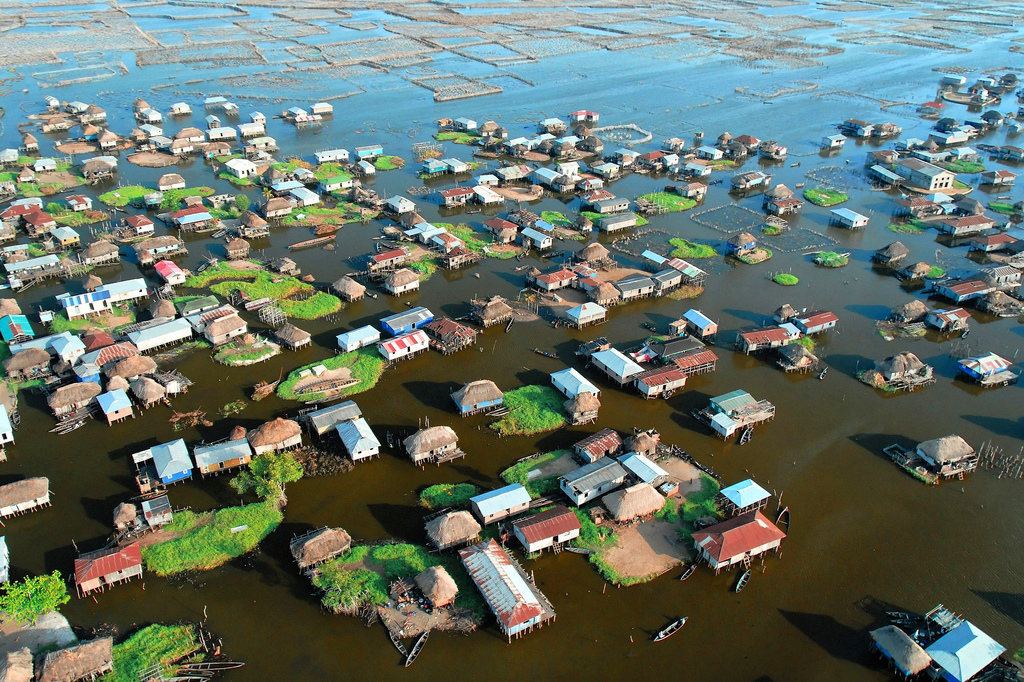 Ganvie, the village on the water.  One of the places that fascinated me on this memorable trip.

There are some experiences that stay with you.  For me, one of those was my first trip out of Lagos without my parents.  It happened when I was about 15 and in secondary school.  The school organised a trip to Cotonou for senior students studying French as part of the curriculum.  I was beyond excited to go on the trip – partly because I would finally get to use the French I had been learning and partly because I was a protected child so I saw this excursion with only one supervising adult as quite the adventure.

We went to Cotonou by bus.  I remember the journey being long and us spending some time at the border while immigration looked through our papers.  I remember us being caught in traffic almost as soon as we entered Cotonou.  This was many years ago, before traffic in Lagos, where I live, became quite so mad so I found the traffic jam in Cotonou strange.  Perhaps because of the extremely bad traffic, there was a large number of commercial motorbikes, or what we in Nigeria call ‘okadas’, in Cotonou at the time.  This was way before okadas became a popular means of transportation in Lagos.  Perhaps the idea of using okadas was imported from Cotonou.  What particularly struck me about the bikes was that there were female motorbike riders as well.  The women tended to ride motor scooters rather than motorbikes but they were still quite a sight to us from Nigeria especially because the women riding the scooters did so in their traditional kaftan-style outfits.

Everything in Cotonou was strange yet familiar. The people were black like me but spoke French.  Even though I knew Benin was a French-speaking country, it was still quite a shock to my naïve, teenage self to find that being in a francophone country meant meeting very few people who spoke English.  My friends and I really had to force ourselves to speak the baby French we knew and learnt a few new words and phrases.  I particularly remember us saying ‘encore du riz’ a lot.  Teenagers love their food.

The trip wasn’t just about speaking French though.  It was an introduction to another culture.  We went to a village in Ouidah where pythons were worshipped.  Some of us were given the snakes to hold.  I remember being handed a python and being amazed that though I held it up, the snake didn’t droop.  It stayed stiff and tried to crawl in the air.  Another place we went to was Ganvie, just outside Cotonou.  Ganvie is an entire village on a lake.  The houses are on stilts, the people go around via canoe and even their market is on the water.  Traders put their produce in canoes at a particular location and villagers arrive in canoes or on stilted walkways and buy from the traders in their canoes.

I loved everything about my trip to Cotonou – the freedom of being away from family, the joy of being with friends, the friendliness of the Beninois people, the constant presence of French bread and the vibrant culture of the people.  That sort of experience is one I would like to have again.