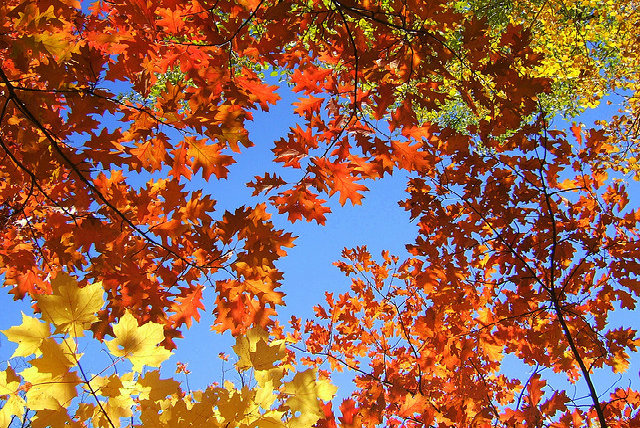 I don’t like the cold.  I’m forever turning air-conditioners on and off and if I sit in an air-conditioned room too long, the tops of my ears start to itch.  When I put my hands in the freezer to get something, my fingers soon start stinging. So, I’ve always avoided going anywhere in autumn despite the cheap air tickets available at that time.  And as for travelling during winter, that’s my idea of hell, albeit a frozen one.

In spite of my preferences though, I had to go to the UK in October this year for a family function.  The weather report said temperatures were about 14oC.  Suddenly, I wished I had paid attention to the winter fashion spreads in the magazines I read.  I was in a real dilemma.  Fourteen degrees might as well be four degrees to me yet I knew it wasn’t officially winter yet.  My mother told me to dress for winter but my brother said the weather in London was still ‘nice’.  Another one of my brothers told me to calm down and just wear layers of clothing.  That made sense to me so the day of my flight, I wore one short-sleeved T-shirt, 1 long-sleeved T-shirt and took a blazer along.

Leaving Heathrow was fine.  I even felt a little cocky.  Fourteen degrees wasn’t so cold after all.  That was until I got into the cab and realised I was coughing or sneezing every few minutes.  I had had a cold in Lagos but it seemed to have worsened within minutes of being in London.  By the time I got to my hotel, an hour from Heathrow, I had a serious headache, a high temperature, was shaking and had teeth that were chattering wildly.  “Was this how I was going to die?”  I wondered.  Yes, I can be dramatic.

Fortunately, when I met up with my mother, she immediately gave me a thermal undershirt she had bought me and handed over her heavy jacket.  That was after giving me a thorough talking-to of course.  No-one can do the I-told-you-so speech quite like a mother, can they?  Within an hour of dressing warmer and taking pain-killers though, I felt much better.  After that, I wore 5 layers of clothing every day.  Fine, I may not have been the coolest person around clothes-wise but I felt good and that’s always hot.