My brother got married recently.  Like I said in an earlier post, there are often many stages in a Yoruba wedding.  After the Momimo comes the traditional wedding ceremony then the white wedding.  Sometimes, the traditional and white ceremonies happen on the same day but it’s very stressful that way so many people prefer to have the ceremonies a day or two or even a week apart.

Here are some pictures from my brother and his bride’s traditional wedding: 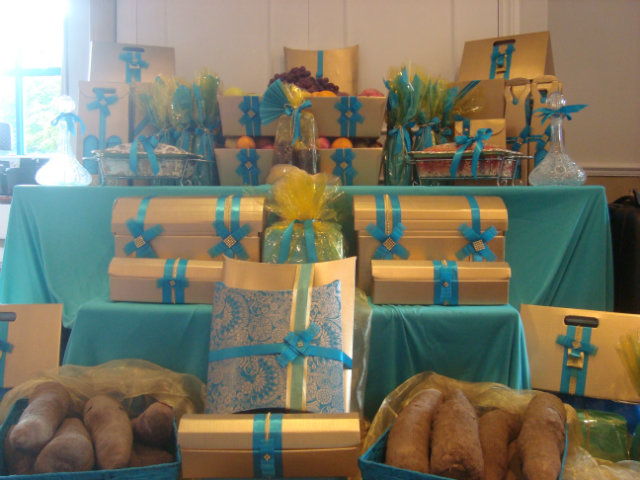 Gifts from the groom’s family to the bride’s. 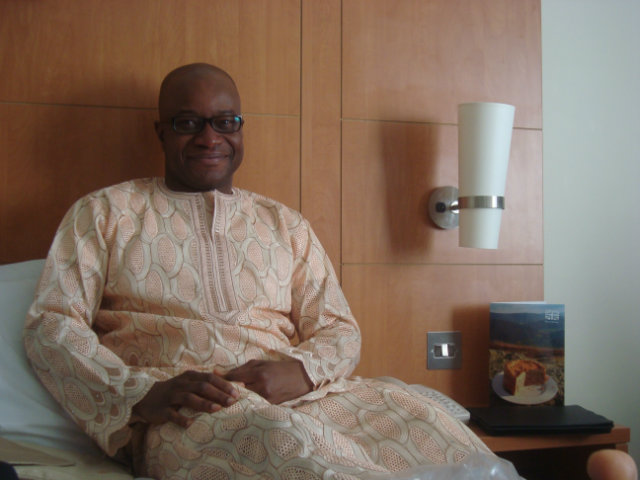 The traditional wedding ceremony usually starts without the bride and groom present.  Here, my brother is chilling until it’s time for him to make his entrance. 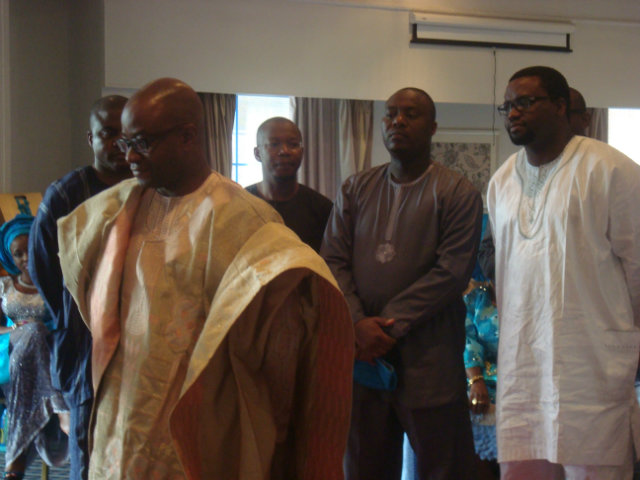 My brother and his friends.  The groom’s friends usually come into the venue with him. 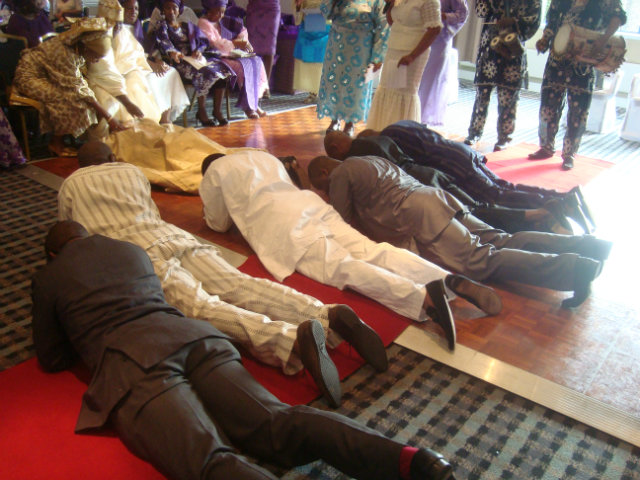 The groom and his friends ‘dobale’ or prostrate in front of the bride’s parents. 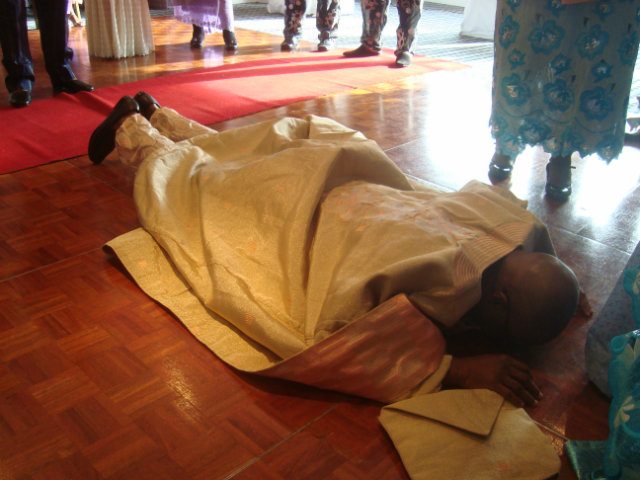 My brother ‘dobale-ing’ 😉 in front of our parents. 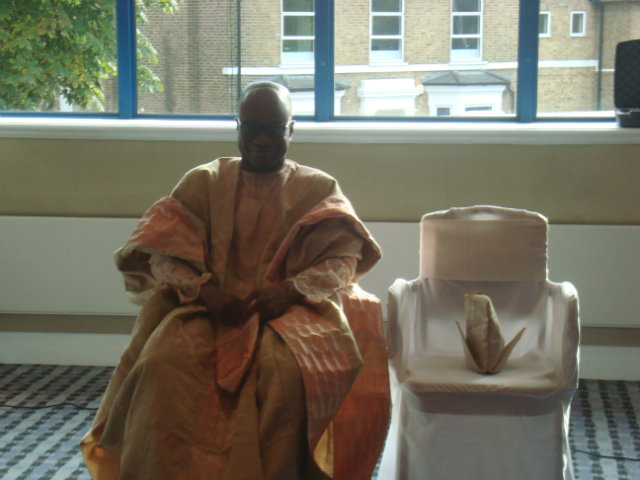 The groom waiting for his bride to appear.  He looks pretty pleased, doesn’t he? 🙂 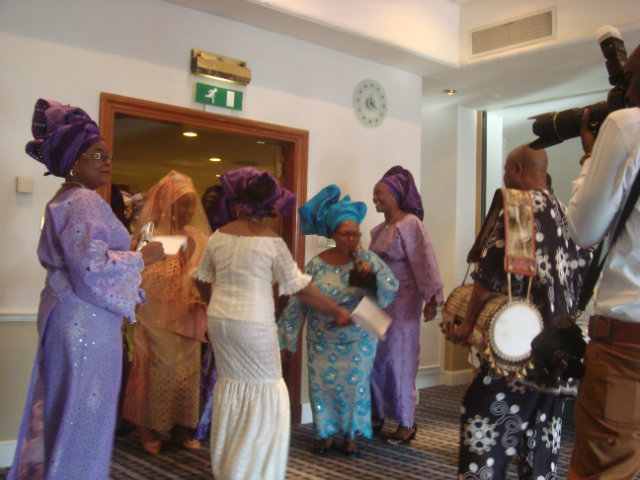 The bride coming into the hall surrounded by her friends and female relatives.  The lady in blue holding the microphone was our ‘alaga’ on the day.  The groom’s family and the bride’s family each have an ‘alaga’.  ‘Alagas’ are the representatives of the families at the traditional wedding and liaise between them that day. 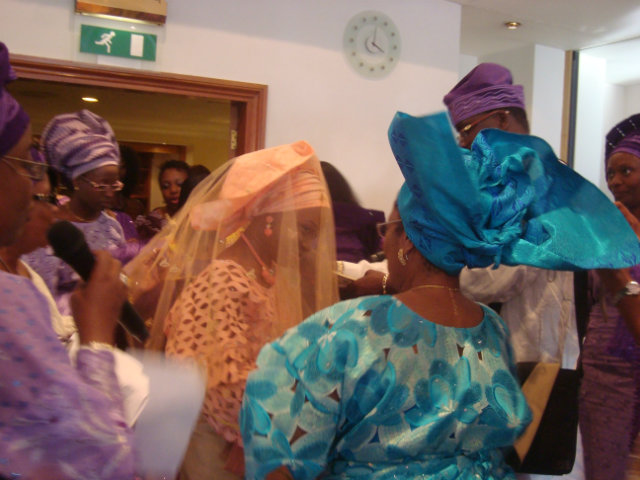 My mother and the bride. 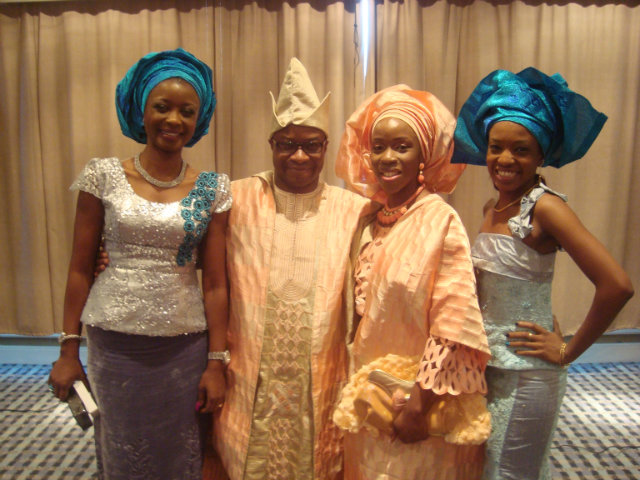 The newly-wedded couple, one of my sisters-in-law and I. 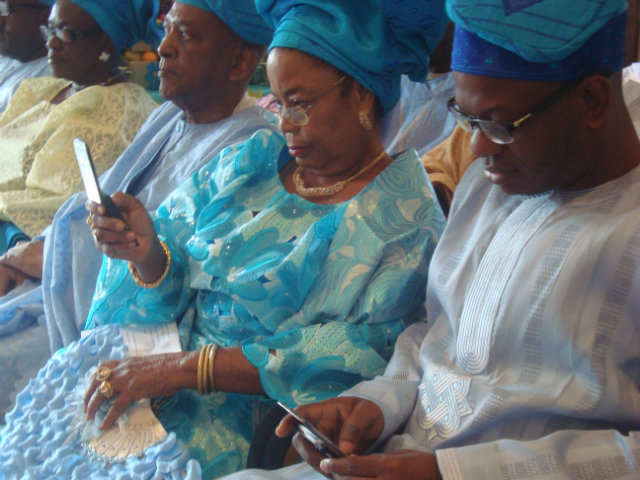 I love this picture.  My mother and one of my brothers.  Everyone’s attached to their phones these days, aren’t they?

To read more about the other stages of a Yoruba wedding, click here.

To read about a Yoruba naming ceremony, click here.