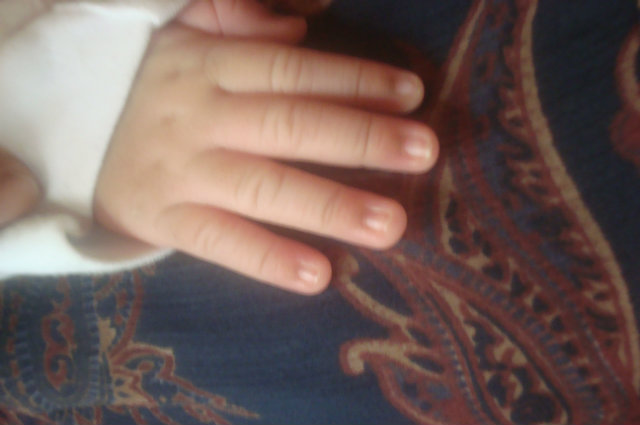 My new nephew and his mum.

My brother had a baby.  Well, not my brother exactly.  His wife was the one who had the baby.  Either way, I have a new nephew.  My nephew’s arrival made me think about his naming ceremony.  Naming ceremonies are a big deal in Yoruba land.  Yoruba naming ceremonies are generally the same but at the same time, different groups and families have their own traditions.  In addition, over time, some of these traditions have changed and others completely abandoned.

I got most of the description of a Yoruba naming ceremony from my mother.  The child-naming ceremony is held when the baby is 8 days old.  The ceremony is carried out in the home of the paternal grandfather of the baby.  My mother says that in our family, the baby’s mother is not allowed to eat salt, sugar or pepper from the time she gives birth until the baby’s naming ceremony.  It makes for a very boring diet but it also means that mothers who have eclampsia, high-blood pressure and pregnancy-related ailments like that sometimes notice a reduction in the symptoms. 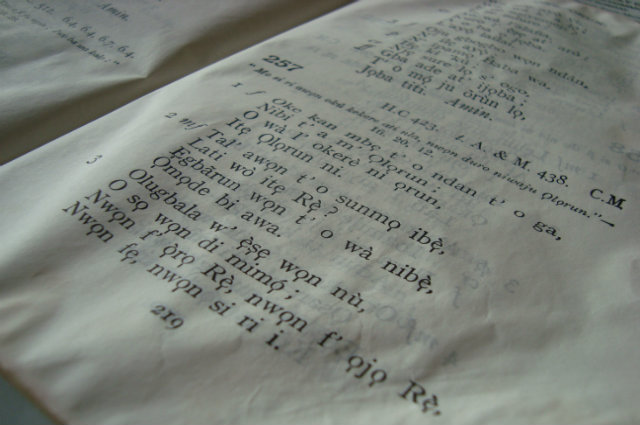 An Anglican hymn book in Yoruba

On the morning of the naming ceremony, a special stew packed with iru (locust beans), dried fish and pieces of dried, smoked bush rat is made.  This is what the baby’s mother is allowed to eat and signifies the end of the special diet she was put on.  Early that morning, the baby is stripped naked then the iru/ dried fish/ dried rat stew is applied to the baby’s joints and a tiny bit to the tip of its tongue.  Of course, a baby who has been feeding on breast milk is usually not impressed by this new taste and lets everyone know by screaming down the place.   The person who carries out the ceremony varies from family to family.  At my brothers’ and I’s naming ceremonies, my paternal grandmother played this role but in the case of my nephew, his paternal grandfather (i.e. my father) led the ceremony.  He led the prayers and selected the hymns (from a Yoruba Anglican hymn book) that were sung.

By the way, though my mother went through this whole drama of not eating salt, sugar or pepper then having to eat a bush rat and dried fish on the eighth day after giving birth, she didn’t ask my sisters-in-law to do the same.  So, that’s an example of family tradition that has been dropped. 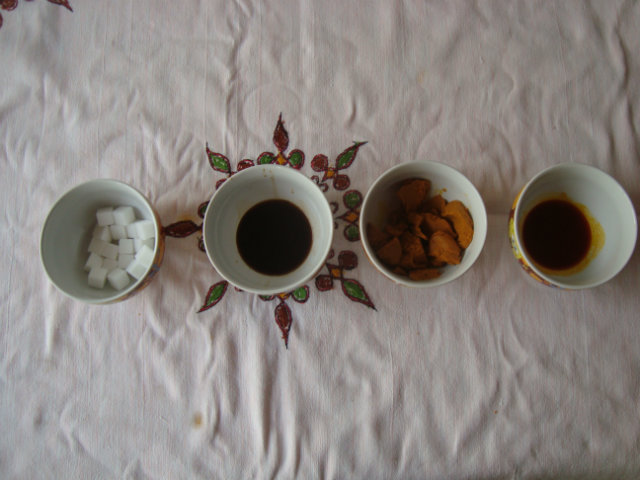 Honey, sugar, salt, palm oil and adun are usually placed in bowls in the room where the ceremony takes place.  After the service or as part of the service, the baby’s mother and the ‘master of the ceremony’ taste a bit of the honey, sugar, salt, palm oil and adun.  Each signifies the hope that the baby’s life will be sweet.  They also take a sip of schnapps.  Apparently, the Egbas (a Yoruba tribe of which I am one) don’t believe that a ceremony is complete unless schnapps is present.  Anyone who wants to name the baby puts money into a bowl and then says the name they wish to give the baby.  My mother says that in years past, coins were put into a bowl of water before the baby was named but since coins aren’t really used anymore in Nigeria and notes are, that tradition was dropped too.  Someone is assigned to record the names the baby is given.  Although the actual ceremony is attended by family and close friends only, a baby can still end up being given tens of names.  That’s just Yoruba culture.

At the end of the ceremony, my grandmother would sing the following song:

Which loosely means that no religion says people shouldn’t carry out their family traditions.  That of course is up to debate 😉 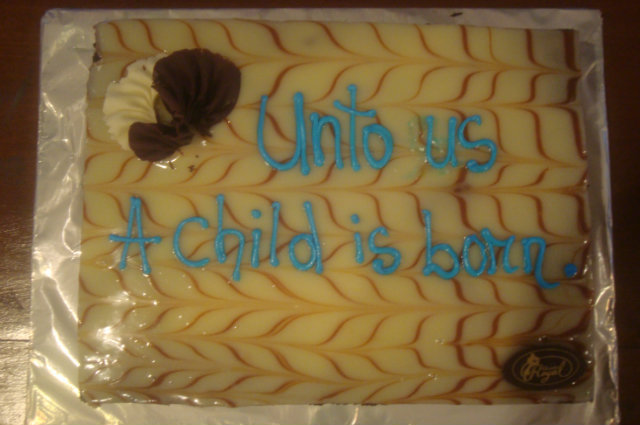 Cake to get the party started!

After the ceremony, the baby is given a bath then the party starts.  This is the part that friends can attend.  Yoruba people love a good party so there’ll be lots to eat and drink while the baby sleeps unaware of the fuss and celebration being made over him or her.

Want to know when a new blog post of mine comes up? All you need to do is subscribe to my blog.  It’s free!  Just enter your email address into the box on the right.  Please share this post on Twitter or Facebook by clicking on the icon below the post or at the right-hand side of this page.  Want to get in touch with me?  You can do so via Facebook or Twitter or by sending me an email. Thank you.