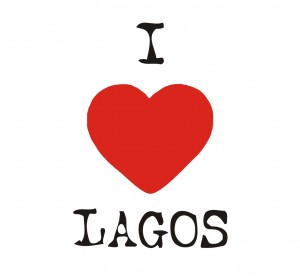 Lagos is not for the faint-hearted.  It’s a tough place and with so many people packed in a small place, it can feel crowded and claustrophobic.  In spite of that, I love Lagos.  Sometimes, I’m not even sure why.  A big part of my love for Lagos is because I was born here, grew up here, most of my family and friends are here and like I often say, I know how it works.  And so having said all that, it’s time for me to tell you more about why I love Lagos in the hope that you too will come to love or at least, like this crazy, yet amazing city of mine.

Lagos is a city of extremes when it comes to weather.  These days, it’s either blazing hot or sopping wet with rain.  Although I complain about Lagos’ heat, I find that when I’m out of the country, that is one of the things I miss most.  As for the rain, I actually like it.  First of all, it’s a relief from the heat and then there’s just something about rain that makes you want to hole up somewhere and write (or is that just me 😉 ?)  Seriously though, the rain in Lagos is different from other parts of the world.  It’s not some half-hearted drip-drip-drip that just serves to annoy you – enough for you to need an umbrella yet not enough to have an excuse to stay indoors.  No, in Lagos, everything happens with passion, even the rain.  Rain often comes to us in the form of thunderstorms, the kind where if you’re at home, it’s best to stay there and marvel at your luck and if you’re out, everyone will understand when you arrive late.  Getting caught in the mad rains of Lagos has happened to everyone who lives here.  It’s part of living in Lagos.

People in Lagos are noisy, like the city itself but they are friendly – to the point of being nosy, to be honest.  But I find even that charming.  I remember once when I went to London, a friend and I were on a train when a girl tried to steal my friend’s bag.  When we told her we didn’t appreciate her (evidently) poor stealing skills, she tried to start a fight with us.  What shocked me most wasn’t the girl herself but that the train was full of people and not one single person said a word even though they saw the entire thing happen.  That would never happen in Lagos.  The girl would probably have been slapped and ejected from the train at the next stop.  In Lagos, when you’re in trouble, people will help you.  In this mad, dangerous city, good people still exist.

If there’s one thing that Lagos has in abundance, it is beaches.  From public beaches where concerts are held to exclusive ones that are basically only accessible by boat.  I cannot lie, some of the beaches in Lagos are incredibly dirty, something that can be made better simply by people taking their trash with them when they leave the beach but that’s another story.  The trick with finding a great beach in Lagos is to go as far away from the city centre as you can.  The beaches that are further away tend to be cleaner.  It means you spend maybe 2 hours going to the beach but once you get there, you’ll find that the journey was well worth it.

People in Lagos would always rather be over-dressed than under-dressed.  It is in Lagos that you find people in high heels and full makeup at the supermarket and when I saw a girl in a body-con dress at the beach, I had to laugh.  The dressing in Lagos is always over-the-top.  It exasperates me sometimes but when I go abroad and see people wearing shorts everywhere from the mall to restaurants, I long for the respect people in Lagos have for occasions.  In Lagos, every event is an opportunity to dress up.  I guess the thinking is if you can be bothered to go somewhere, you should be bothered to look good for it.

When it comes to food, Lagos is not the most sophisticated of places.  Sure, you can find Thai food here but it is so expensive, it’ll make your eyes water.  However, if you’re searching for anything outside the basics like burgers and salads or Chinese food (for some reason, there are many Chinese restaurants in Lagos), you’ll be searching a long time.  You might not find much variety when it comes to foreign food but you’ll find food native to different parts of the country in Lagos.  For example, Calabar food is big in Lagos and suya is practically synonymous with Lagos at night.  Simply put, if you love Nigerian food, you’ll love Lagos.

There are many people who don’t like Lagos and many reasons not to but for me, my love for Lagos always overrides those reasons.  Lagos frustrates me sometimes.  It would take an extremely optimistic (or extremely rich) person to remain unaffected by the traffic in Lagos or the rudeness of some people (even those who are supposed to be helpful like customer-facing staff) but I only have to be out of Lagos for a few days before I start missing it, longing for its claustrophobic affection again.  Lagos means the world to me and I hope I’ve helped you see why.

Want to know when a new blog post comes up? All you need to do is subscribe.  It’s free!  Just enter your email address into the box on the right and click on the link that will be sent to your email address in order to activate your subscription.  Want to get in touch with me?  You can do so via Facebook, Twitter, Instagram, GooglePlus or by sending me an email. I’m on Pinterest andYouTube as well.  Woo-hoo!