1 Sydney, Australia
I think the reason I’ve always wanted to go to Australia is because it’s so far away. That and the fact that Australia and Sydney in particular is always being associated with sunshine but not in the stifling, I-can-barely-breathe way we get it here in the Tropics. Of course, I want to do the usual things like see the Sydney Opera House, the Sydney Harbour Bridge, chill on Bondi beach, maybe take a surfing lesson or two but most of all, I want to be able to say I’ve been to the other side of the world and loved it. 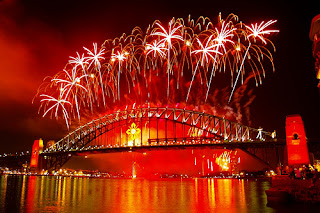 Photo by coquetboy
The Sydney Harbour Bridge
2 New York
I think anyone even remotely interested in fashion dreams of going to New York or more specifically, of going shopping in New York. That’s the main reason I want to go to New York. Or at least, that used to be the main reason I wanted to go to New York. These days, I want to go there to absorb the atmosphere (pollution and all 😉 ) I want to ogle people wearing whatever it is they like and I want to marvel at how no matter what one wears, New Yorkers never seem fazed 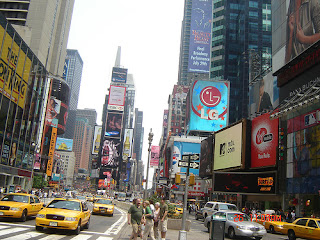 Photograph by Doctor Who
Times Square, New York
3 Las Vegas
I’ve always wanted to go to Las Vegas because of its over-the-top-ness. Las Vegas can never be described as subtle and its unashamedly glaring, glittering persona is something that draws me probably because I’m a fan of all things shiny myself. I love being a tourist when I go to new places so I know I would head straight for the Strip once I get into Vegas. My Las Vegas goals are very few: watch the ‘dancing’ fountains at the Bellagio, catch a cabaret show and win enough cash at the casinos to pay for my ticket back home! 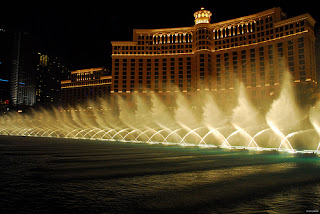 Photograph by b10lm
‘Dancing’ Fountains at the Bellagio Hotel, Las Vegas
4 Barcelona
Barcelona came on my radar because a friend of mine moved there and loved it. All of a sudden I had to find out everything I could about the place and when I did, I knew it was a place I would love to visit. The most attractive thing to me about Barcelona is the weather: the summers don’t seem too hot nor the winters too cold. Then it seems like the entire city is dedicated to art with several buildings having been designed by Antoni Gaudi. One of them, the Sagrada Familia Cathedral, on which construction began in 1882 is still being built today! Barcelona is also said to have great beaches and with Zara and Mango being Spanish brands, Barcelona is also a great place to do some serious shopping. 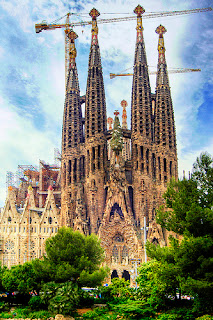 Photo by Wolfgang Staudt
The Sagrada Familia Cathedral, Barcelona
5 Zurich, Switzerland
I’ve always wanted to (learn to) ski and for some reason, I’ve decided that Zurich will be the best place for me to do that. I imagine swooshing down slopes with my heart racing as I glide gracefully to the end of the run. Naturally, I’ve edited all falls and bruises from the short video I play in my mind. I recently found out that part of the James Bond movie, Goldfinger, was shot in Switzerland and that sealed Zurich’s fate as one of the top places I’d love to visit. Goldfinger wasn’t actually shot in Zurich but imagining I’m dodging baddies with swift manoeuvres on my skis in the same country the movie was made is good enough for me. 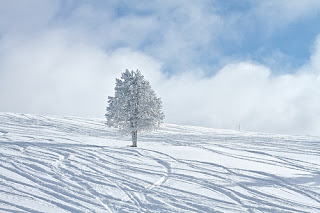 Photo by Zach Dischner
The sort of place I hope to go skiing in Zurich
6 Singapore
I love beaches and while I don’t like shopping for clothes (crazy, I know), I like window shopping and love buying books. Singapore seems like this quiet little island with access to loads of (window) shopping on Orchard Road and Singapore’s Chinatown. Sentosa Island, a little island off the main island (phew!) of Singapore is apparently also a haven for beach-lovers like me. I can’t wait to see it. 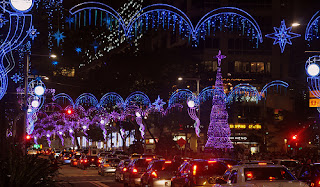 Photo by Eustaquio Santimano
Orchard Road, Singapore at Christmas
7 Milan, Italy
I’m not going to lie, Elizabeth Gilbert’s book, Eat, Pray, Love fuelled my desire to see Italy. I could have put Rome on this list. After all, it’s the capital of Italy and more popular than Milan but for some strange reason, my heart has settled on Milan, partly because I’d love to visit the city that hosts one of the most popular Fashion Weeks in the world and partly because I feel it is the less obvious choice for a tourist to visit. In addition, Leonardo Da Vinci’s ‘The Last Supper’ can be seen there so that would be my first stop in Milan closely followed by an Italian meal and a spot of window shopping. 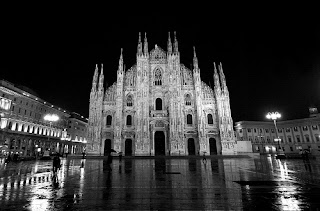 Photo by Evan Blaser
The Duomo di Milano, Milan
8 Tokyo, Japan
Like Australia, one of the attractions Tokyo holds for me is its distance. Not only is Tokyo thousands of kilometers away, it also appears to have a completely different vibe from anywhere else in the world. I’d love to see the neon lights, eat the street food and marvel at the courageous way Harajuku girls style themselves. Tokyo is associated with setting fashion trends so I would definitely keep my eyes peeled for those. 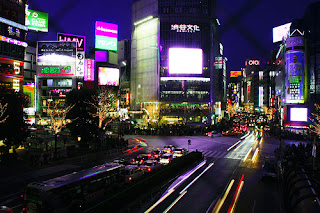 Photo by OiMax
The neon lights in Tokyo
9 Lagos, Portugal
I love Lagos where I live and have always been fascinated with how the city got its name. Although it was and is still called ‘Eko’ by the Yoruba people who originally settled here, when Portuguese explorers arrived in 1472, they named it ‘Lagos’ after a city in their home country. For this reason, I have always wanted to visit Lagos, Portugal. Today, Lagos in the Algarve, Portugal is a popular holiday destination for Europeans. It is known for its beaches, resorts and nightlife. I can’t wait to compare the two Lagos-es. 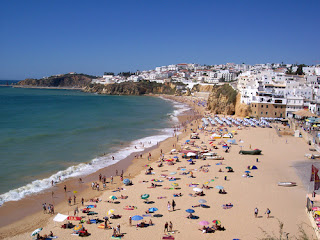 Photo by lele3100
One of the many beaches in Lagos, Portugal
10 Egypt
Ever since I read Agatha Christie’s Death on the Nile when I was about 10 years old, I’ve wanted to cruise down the Nile on a luxurious boat (without a murderer on board, of course). I could never imagine going to Egypt and not going to see the Pyramids though so that is an absolute must. 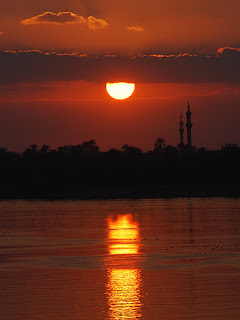 Photo by Michael Gwyther-Jones
A beautiful view of the Nile, Egypt
Bonus Place
Rio de Janeiro, Brazil
I want to go to Rio to see the famous Rio carnival. Period. Apparently, Brazillians take their carnivals very seriously and it shows. Some of the pictures I’ve seen of the carnival show beautiful women in extravagantly-designed (and very risqué) outfits gaily sauntering ahead of glittering floats of dancing people. I know I will appreciate the beauty and vibe of the carnival even better when I see it up close. It has also always been a dream of mine to climb up the statue of Christ the Redeemer and take beautiful (once I get a hang of my camera) pictures of the city below. I know I’ve talked about beaches quite a few times already but I would desperately love to sink my toes into Rio’s. I feel happy just thinking about it. 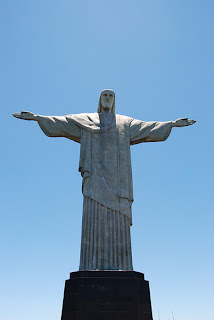